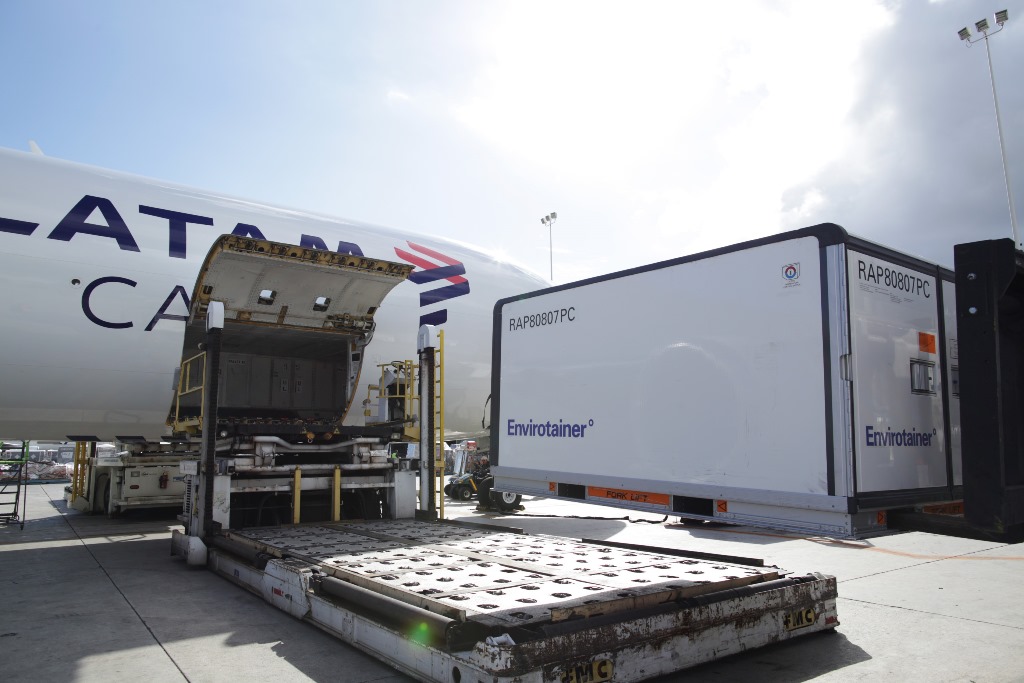 Chile-based freight carrier LATAM Cargo has launched a dedicated offline pharma hub in Copenhagen, the Danish capital.
According to a statement released by the carrier, “strong demand” for pharma shipping on routes from Europe to Latin America induced it to open its 10th such hub,  and its second offline.
The Copenhagen hub will have regular GDP-compliant refrigerated truck services to ensure the best possible standards for sensitive pharma shipments such as medicines and vaccines.
From the new hub, LATAM Cargo will feed the carrier’s following services: Amsterdam-Viracopos-Santiago; Brussels-Montevideo; Amsterdam-Brasilia; and Frankfurt-Guarulhos.
The hub will, the carrier said, improve the service it can offer to pharma companies in Denmark, Norway and Sweden.
The airline informed: “The new Copenhagen hub is proof of our commitment to continue leading the transportation of pharma products from, to and intra Latin America.
“In 2017 we were the first to receive the CEIV Pharma certification in the Americas; this being said, we continue to work and expand in order to provide offline markets in Europe with more connections to more destinations in Latin America, with the highest quality standards.”
About a week ago, LATAM Airlines announced its second-quarter 2018 cargo revenue. Revenue was up by 16.8% year-on-year, driven by a recovery in both imports and exports in the region.
The Chilean-based carrier saw cargo revenues for the three months ended June reach $299.7m, helped by a 6.7% increase in cargo yields, mainly due to a better demand environment and the ending of a Brazilian truckers’ strike.
LATAM Airlines has one of the largest route networks in the world, offering air services to around 140 destinations in 25 countries.
As well as domestic services within six Latin American countries, its international network takes in destinations in Europe, the US, the Caribbean, Oceania and Africa.
LATAM Airlines currently operates a total of 322 aircraft, including Boeing 787s and Airbus A350s.