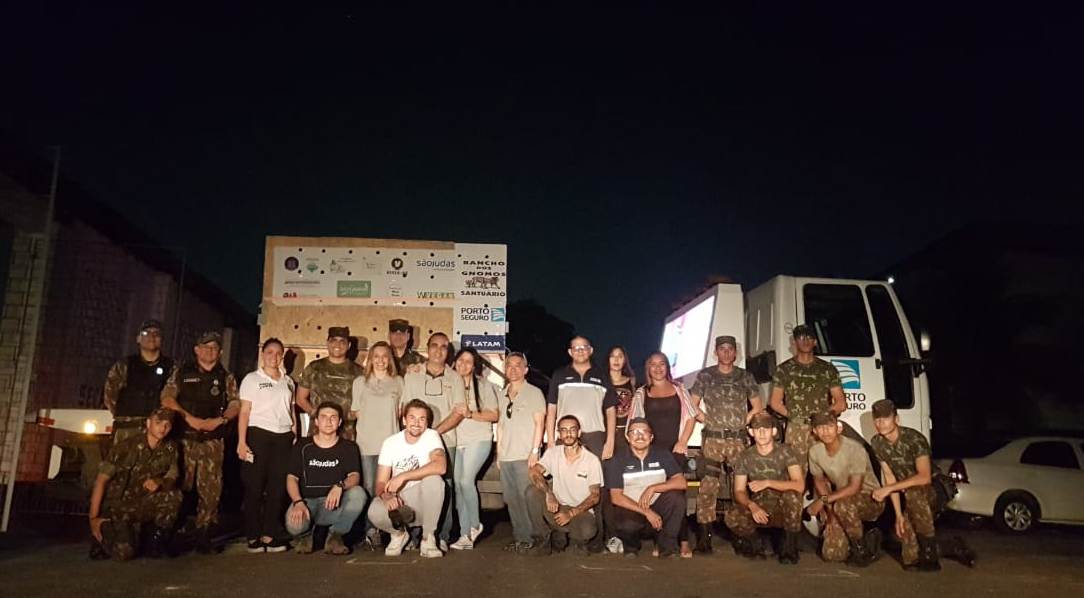 The bears traveled in containers made especially for their journey onboard a LATAM Cargo Boeing 767-300 aircraft. When loaded with both of the animals, the containers had a combined weight of 1.3 tons.

Preparation of the aircraft and loading began six hours ahead of the flight’s departure time and involved more than 20 LATAM Cargo workers to ensure that all safety measures were in place in order to maximise the wellbeing of the animals. The bears’ journey was then overseen by veterinarians and animal protection experts.

The bears, who were rescued from a circus, are now residing in the Rancho dos Gnomos Ecological Sanctuary Association (ASERG), which specialises in wildlife preservation and animals that have been kept in captivity and/or have been victims of abuse.

LATAM Cargo Brazil and Ibama have been working together since 2009. The companies have facilitated the transportation of more than 4,500 animals as part of projects aimed at preserving Brazilian fauna.