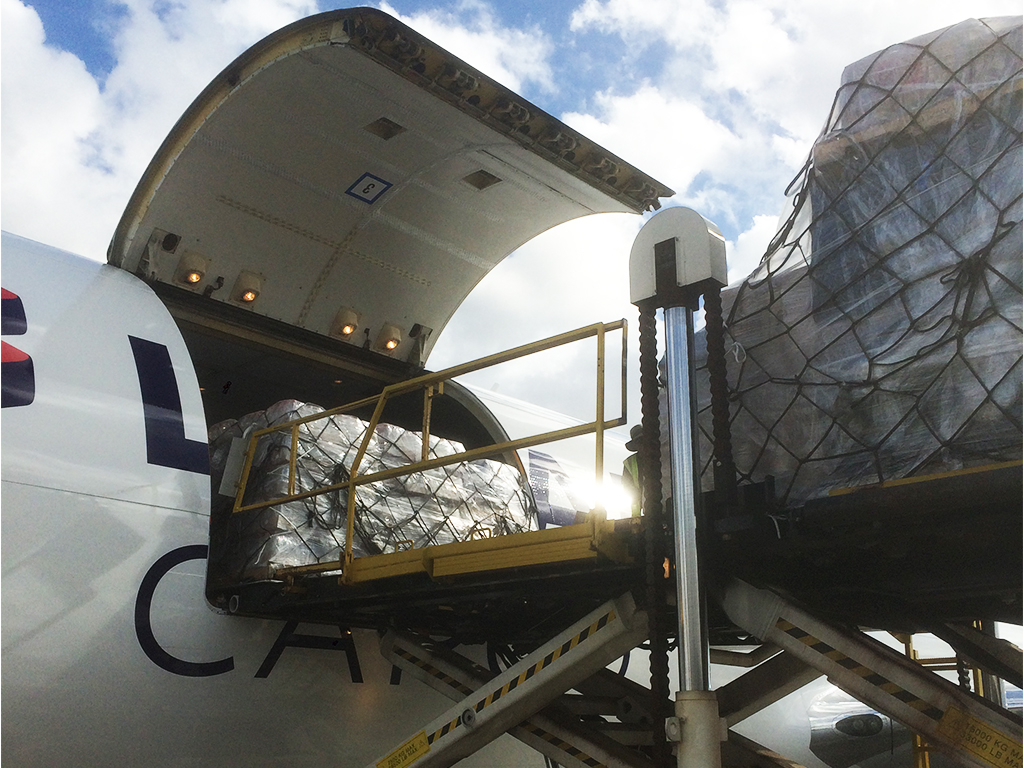 LATAM Airlines Group has revealed the first annual revenue expansion since the combination of LAN and TAM in 2011, reporting a year-on-year rise in revenues of 6.7% to $10,163.8m for 2017.
Cargo activity contributed 11% ($1,119.4m) of the total operating revenue for the year.
Statistics for 2017 as compared to 2016 showed capacity down 7.1% to 6,230m ATKs, traffic down 1.3% to 3,421m RTKs, and the cargo load factor up 3.2 percentage points to 54.9%.
In the fourth quarter, cargo revenue increased 9% to $337m, thanks to a 13.1% increase in revenues per ATK and confirming the recovery trend observed during the second half of 2017. Cargo revenue accounted for 12.2% of the carrier’s total operating revenues for the three-month period, which rose 7.7% year on year to $2,767.6m.
The cargo yield for the quarter increased by 10.3%, while cargo load factors reached 58.4% – an improvement of 1.4 percentage points as compared to the fourth quarter of 2016 – as the airline reduced its capacity by 3.6% to 1,642m ATKs. That reduction includes a 9.6% drop in freighter operations.
Traffic decreased by just 1.1% year over year, meanwhile, to 959m RTKs for the quarter.
A statement said: “Imports from North America and Europe to Brazil and Chile showed an improvement in terms of revenues per ATKs, driven by major imports of electronics and spare parts.
“Export markets are also showing a recovery year over year driven by a strong season of fruits, flowers and fresh salmon exports, especially from Chile, Argentina, Colombia and Ecuador.
“Cargo markets, for the first time since 2011, are showing signs of equilibrium between the exports and imports markets, allowing us to maximise our network profitability.”
Among LATAM’s fleet plans for this year is the addition of a converted Boeing 767-300 Freighter. Another B767-300F conversion is scheduled for 2019.