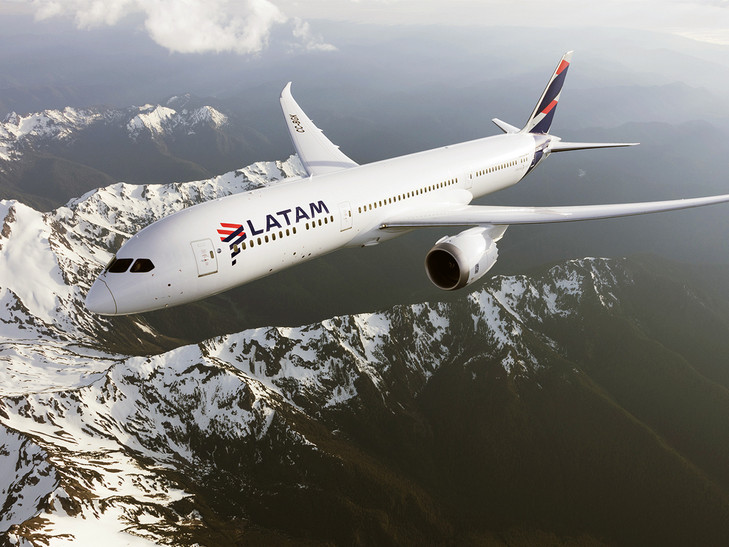 Quarterly air cargo traffic at the LATAM Group increased for the first time since 2013 during the second quarter of the year as imports into Brazil began to pick up.
The Santiago-headquartered airline group registered a 0.3% year-on-year increase in cargo traffic to 799m revenue tonne kms (RTK).
While the increase may only be small, it shows that the South American airfreight market could be starting to recover after years in the doldrums. The last time the airline saw quarterly cargo demand improve was during the second quarter of 2013.
However, freight traffic continues to lag far behind its peak – during the second quarter of 2013 the airline handled 1.2bn RTK, 28.6% more than it handled this year.
“Imports from North America and Europe to Brazil, continue to show an improvement year over year, driven by major imports of electronics and spare parts, as a result of a more stable market conditions in the country as well as the appreciation of the Brazilian Real,” the airline said.
“This was partially offset by a slowdown in the export markets, driven by a decline in asparagus export markets from Peru, while the flower and fresh salmon exports remained stable compared to the previous year.”
Cargo revenues, meanwhile, declined by 1.3% during the quarter to $256m on the back of a 1.6% drop in cargo yields.
Part of the group’s strategy to adjust to the changed market conditions is to reduce all-cargo capacity and focus on belly capacity.
As a result of this strategy, cargo capacity decreased 9.2% year on year during the quarter to 1,483bn available tonne kms, including a 30.4% reduction in freighter capacity.
By the end of this year, the airline group will operate eight B767-300Fs, with its two B777Fs leaving the fleet during the year. It will also sublease one B767-300F.
Meanwhile, the overall airline recorded a net loss of $138m, a 49.9% decline on the same period in 2016 mainly due to foreign exchange losses.
Read more air cargo airline news