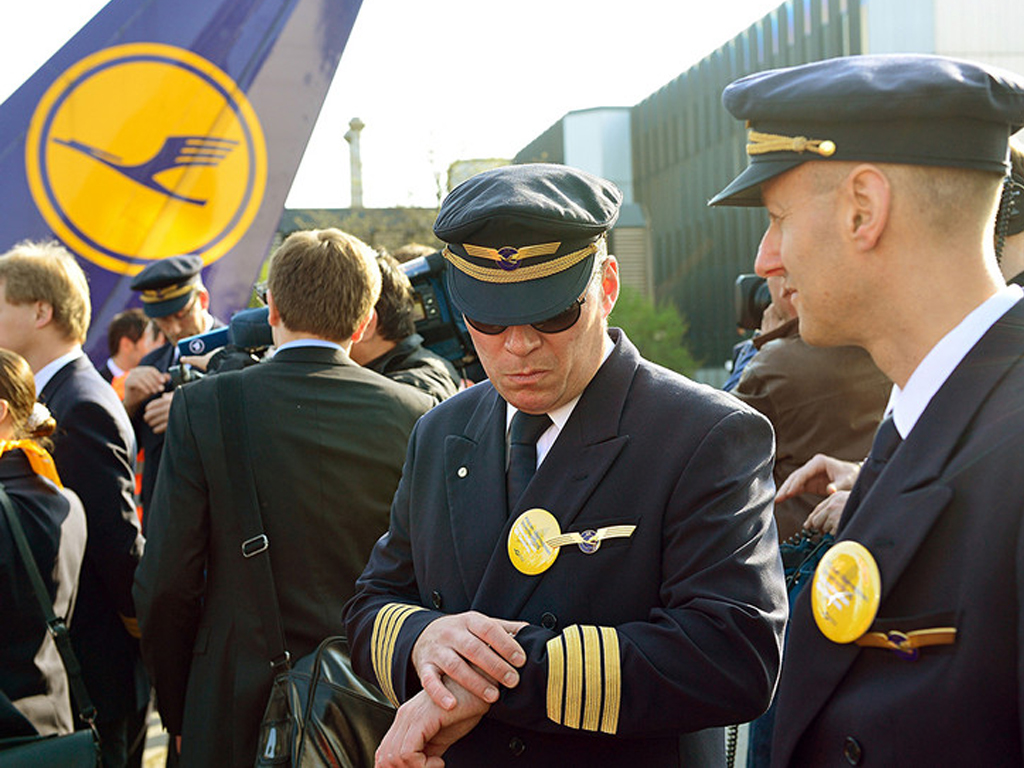 Lufthansa and the German pilots’ union Vereinigung Cockpit (VC) have reached an agreement regarding what the former describes as “all previously unresolved collective bargaining matters”.
Lufthansa and VC had been in dispute for some time, leading to strikes on more than one occasion last year, before the two agreed to mediation.
In a declaration of intent, the negotiating partners have agreed on forward-thinking provisions for transitional payments, pension plans, the framework agreement on employment conditions and the collective wage agreement for the pilots of Lufthansa, Lufthansa Cargo and Germanwings.
The recommendation developed in February by mediator Gunter Pleuger for the collective wage agreement formed one part of the negotiations this week.
But the new agreement has made a formal acceptance of the arbitration recommendations unnecessary, a Lufthansa statement said.
Over the coming months, the details of various collective bargaining agreements will have to be ironed out but an agreement to refrain from industrial action for the duration of the talks has already been reached, and is set to be formalised in a collective bargaining agreement that will last until 2022.
Bettina Volkens, head of legal affairs and human resources at Deutsche Lufthansa AG, commented: “With this declaration of intent we have finally reached a breakthrough.
“The path is now clear for a comprehensive settlement with Vereinigung Cockpit on all unresolved collective bargaining issues.
“This is not only the end of the longest collective bargaining dispute in our company’s history – it also creates a sustainable deal that will last until 2022 and, at the same time, lays the foundation for a new social partnership with Vereinigung Cockpit.
“The path to this result exacted a heavy toll from everyone involved – but, in the interest of Lufthansa, our employees, customers and shareholders, it was worth it,” Volkens enthused.
However, she added: “We have a lot of work ahead of us now, because we want to implement this settlement in collective bargaining agreements together with the union as quickly as possible.”