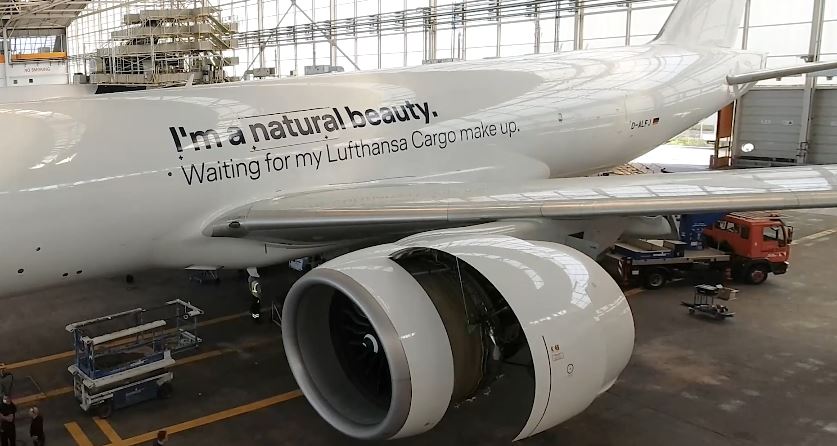 Lufthansa Cargo has added two more Boeing 777 freighters to its fleet, while its last MD-11F aircraft will soon be making its last flight.

The two B777F aircraft – D-ALFJ and D-ALFK – will be based at the airline’s Frankfurt hub and expand Lufthansa Cargo’s freighter fleet to 16 aircraft: 11 operated B777Fs, four B777Fs operated by its DHL AeroLogic joint venture, and one MD-11F, although this will soon leave the fleet.

D-ALFK is a brand-new aircraft from Boeing and its arrival means the airlines has now exercised all of its purchase options held on widebody freighters with the manufacturer.

D-ALFJ is an acquisition from the used market, previously operated by Emirates SkyCargo.

“In order to make the freighter’s capacity available to customers as soon as possible, the elaborate livery in the well-known Lufthansa design was dispensed with. Until further notice, the aircraft will be flying all in white,” the carrier said.

“Together with the belly capacities of Lufthansa, Austrian Airlines, Brussels Airlines and Eurowings Discover now coming back into the market, they are forming our dense, global network.”

Meanwhile, Lufthansa Cargo will also soon say auf wiedersehen to its last tri-jet MD-11F, which is also the last of the model registered in Europe.

“Lufthansa Cargo is expressing its gratitude for more than 23 years of loyal service and is sending its D-ALCC out on its final rotations to Cairo, Tel Aviv, Chicago and New York with the greetings ‘Farewell’ and ‘Thank you, MD-11’ emblazoned on its fuselage,” the airline said.

“The type’s active time with Lufthansa will come to an end with its last landing at Frankfurt Airport on high noon of October 15.”