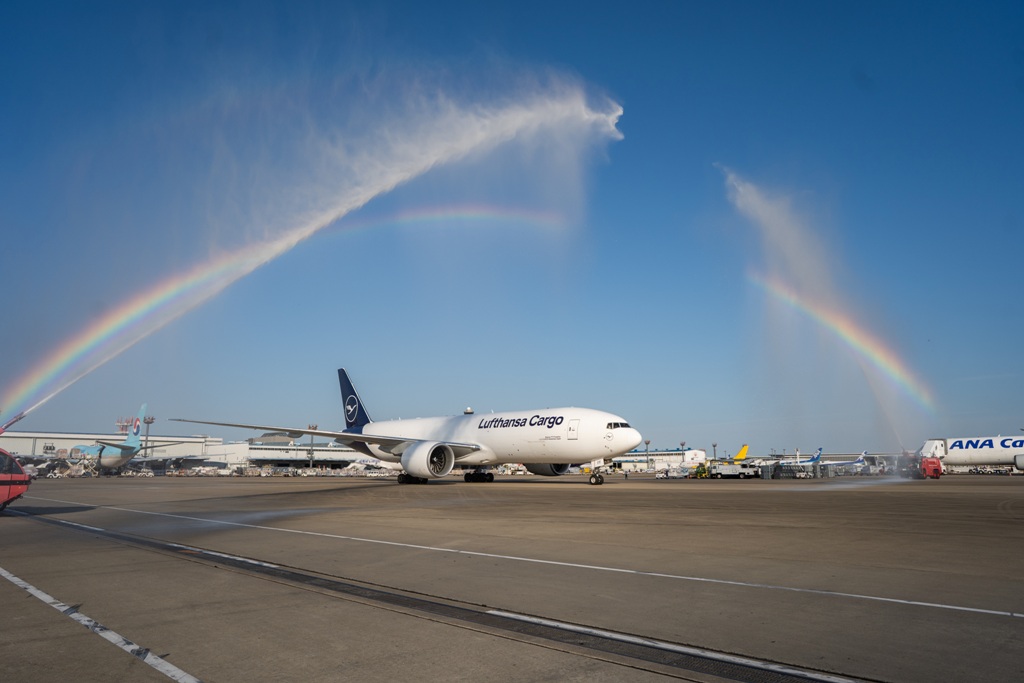 Lufthansa Cargo has held the naming ceremony for one of its new B777Fs, giving the aircraft the name Konnichiwa Japan.

The aircraft arrived in February and is one of two that the airline has taken delivery of this year, the other being delivered in March.

In keeping with Japanese tradition, a sake barrel was opened and the aircraft was sprinkled with Japan’s national drink. The name chosen for the new aircraft, “Konnichiwa Japan”, symbolises Japan’s importance as one of the most important markets for air cargo worldwide, the airline said.

Gerber said: “The greeting ‘Konnichiwa Japan’ expresses the close connection between Lufthansa Cargo and Japan. We are very proud to have been flying to the Land of the Rising Sun with our own freighters since 1969, thus contributing to trade between these markets.”

The company has been serving customers in Japan since 1961 and has been part of an air cargo joint venture with Japan’s ANA Cargo since 2014.

In line with the delivery of the two new aircraft, Lufthansa Cargo plans to phase out two of its 12 MD-11Fs later this year.