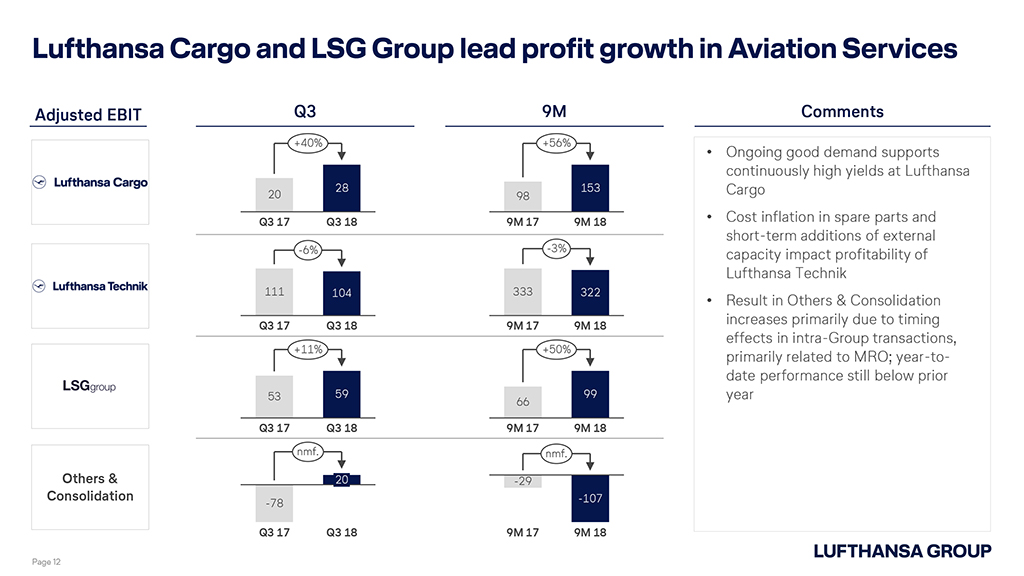 Strong demand and continuing high yields at Lufthansa Cargo resulted in the Group’s Logistics business segment raising its nine-month adjusted EBIT (earnings before interest and tax) 56.1% to €153 m.
However, despite the strong performance in both cargo and the core airlines of the Group (Lufthansa, SWISS and Austrian Airlines), significant costs relating to the integration of Eurowings into the Lufthansa Group pulled the overall results down.
Nonetheless the group posted adjusted EBIT of €2.4 bn for the first nine months of 2018, 7.7% below the record high it achieved for the same period of last year but still the second-best nine-month result in its history, noted Carsten Spohr, chairman of the executive board and chief executive of Deutsche Lufthansa.
“And had it not been for the losses at Eurowings, we would have posted another record earnings result,” he pointed out.
The group still expects to post a slight increase in unit revenues for this year as a whole – although it noted that fuel costs continue to rise and is forecasting an overall adjusted EBIT for 2018 that is slightly below the record level seen last year.