Lufthansa’s logistics division saw revenues and operating profits increase again in the second quarter of the year despite a small drop in cargo volume.

The division, which includes Lufthansa Cargo, time:matters, Jettainer and the company’s share of AeroLogic, saw its second-quarter revenues increase by 45% year on year to €1.3bn, while earnings before interest and tax (ebit) were also up 45% to €475m.

This came despite a 1% year-on-year decline in second-quarter traffic to 1.8bn to revenue cargo tonne km, while the average load factor was down by 13 percentage points to 60.2%.

Lufthansa said: “The performance of the Logistics segment is still at a record high; total market freight capacity continues to be down as a result of the coronavirus pandemic and the consequent absence of belly capacities on passenger aircraft; demand for freight capacities remains high; operational stability has been maintained despite a difficult operating environment, which included lockdowns in China and diversions caused by flying around Russian airspace.”

The decline in volumes reflects the overall market where lockdowns in China, the Ukraine war and inflation have been affecting demand growth.

However, rates remained high as passenger – and therefore bellyhold capacity – remained constrained out of China and Hong Kong due to Covid restrictions.

IAG Cargo and Air France KLM faired worse in volume terms than Lufthansa during the quarter as they moved aircraft away from Asia to cater for passenger demand and reduced cargo-only flights.

Volumes at IAG were down by 5% while AF KLM registered a 17.2% year-on-year decline. Cargo revenues at IAG and AF KLM were fairly flat during the quarter.

Lufthansa’s freighter fleet of 15 Boeing 777Fs, four of which are operated by AeroLogic, would have been better positioned to capitalise on the higher rates out of China and Hong Kong than IAG which doesn’t operate any freighters and AF KLM which operates six all-cargo aircraft.

The overall Lufthansa Group achieved an operating profit of €393m in the second quarter of this year and is “optimistic” for the full year. 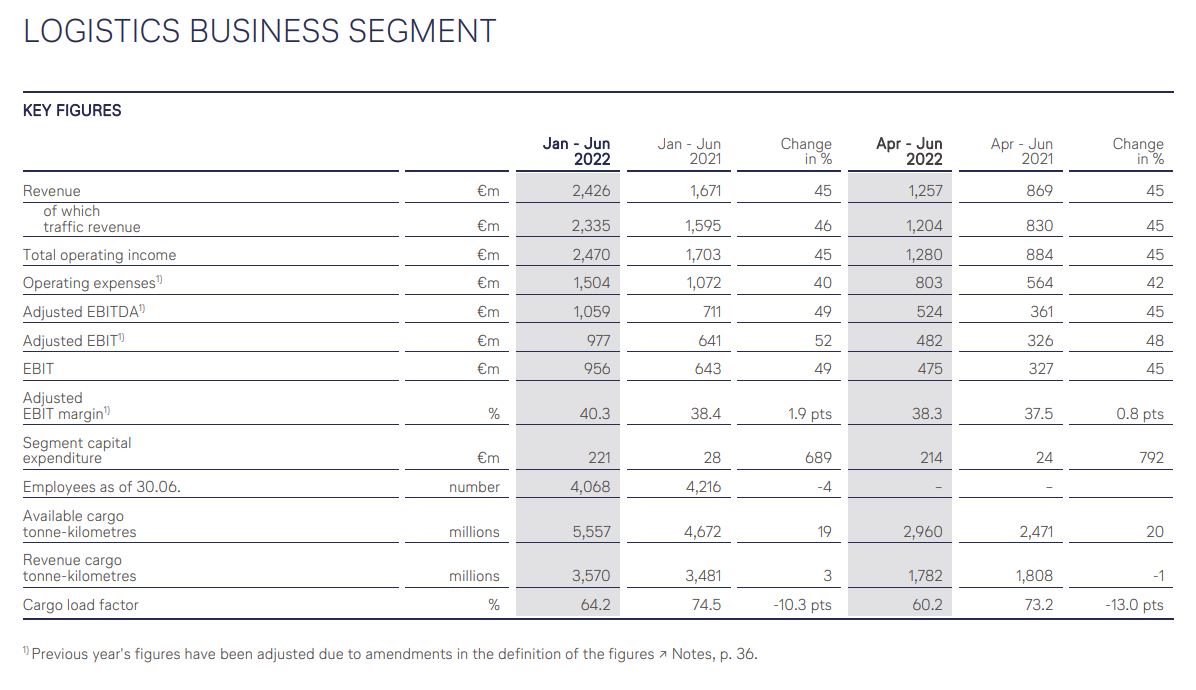