Lufthansa Cargo stays in the black as revenues and volumes soar 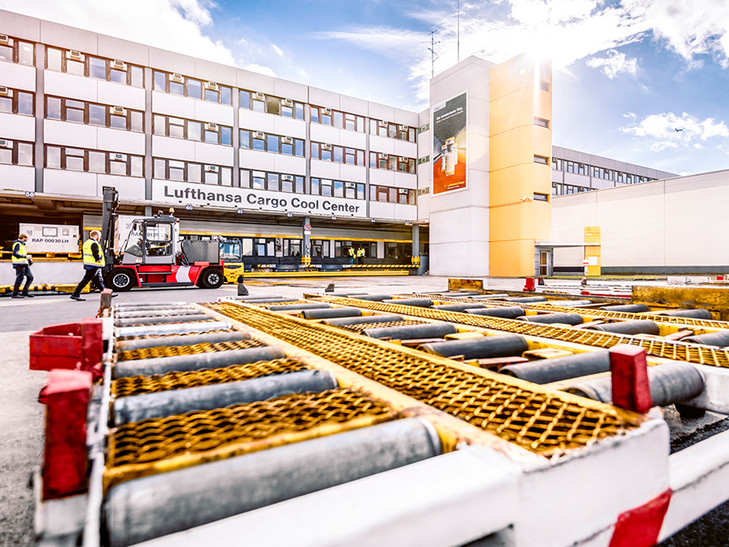 Lufthansa’s cargo and logistics division recorded improved revenues and operating profits in the second quarter of the year, helped by strong demand growth in its Asia Pacific business.
The German airline’s logistics division, which includes Lufthansa Cargo, Jettainer, time:matters and an equity investment in AeroLogic, saw second-quarter revenues increase by 18.8% year on year to €589m, while earnings before interest and tax (ebit) improved to €51m from a loss of €27m last year.
It is the third quarter in a row the cargo division has reported an operating profit, after a run of five quarters of losses.
The logistics division saw its performance boosted by improving freight rates, a 4.2% increase in traffic to 2.2bn revenue cargo tonne km (RCTK), its load factor reached 67.9% from 65.9% last year and yields were up 10.3%.
“Performance varied between regions. Capacity was expanded in the Americas and Asia/Pacific traffic regions,” Lufthansa said.
“The cargo load factor improved in all regions, with the exception of the Middle East/Africa. Traffic revenue and yields were up in all regions”.
Over the first half, its Europe business saw traffic decrease 1.4% on a year earlier to 165m RCTK, there was a 4.4% increase for the Americas region to 1.8bn RCTK, Asia Pacific was up 7.5% to 2bn RCTK and the Middle East Africa slipped 2.8% to 285m.
During the first half of the year, there was an increase in operating expenses, with fuel costs up by 37.9% to €153m and MRO expenses increasing 6.6% to €67m due to a new engine maintenance contract for B777Fs.
The results compare favourably with those of IAG and Air France KLM. IAG Cargo recorded a second quarter revenue increase of 7.9% to €260m, while Air France KLM was down slightly to €506m.
Second-quarter cargo ton kms at IAG increased by 6.4% to 1.4bn while at Air France KLM there was a 2.7% improvement to 2.1bn cargo revenue tonne km.
IAG and Air France KLM do not provide operating profit figures for their cargo divisions.
Read more cargo airline news