Lufthansa Cargo teams up with Red Cross for aid flight 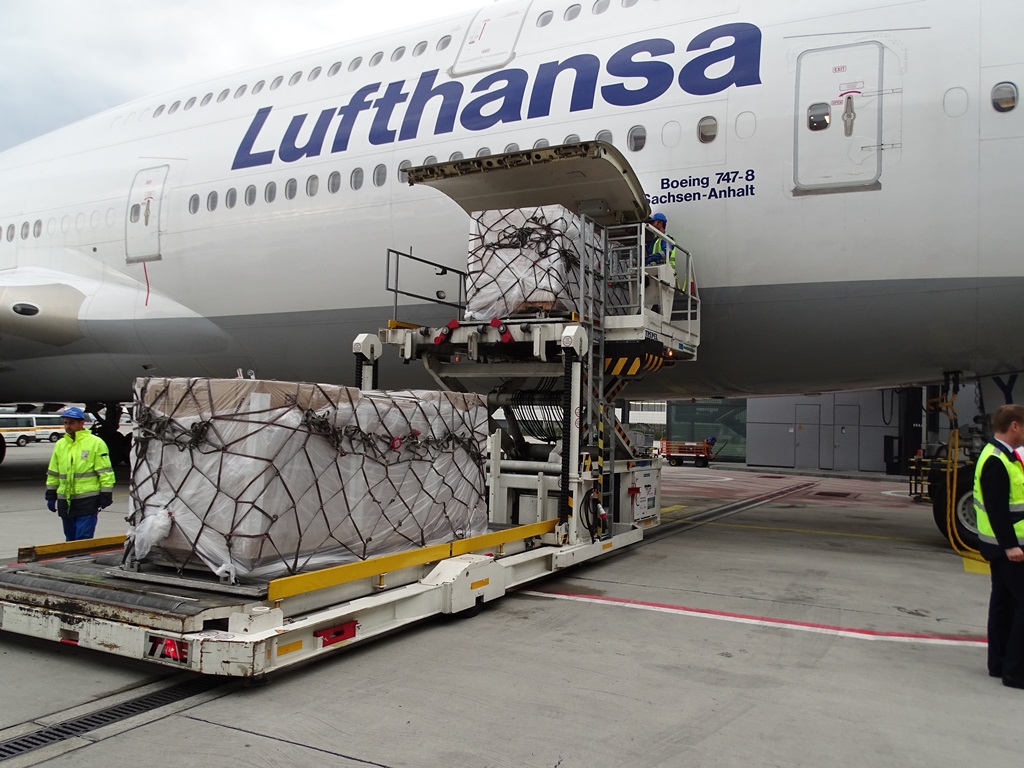 Lufthansa Cargo has teamed up with the German Red Cross to fly more than 15,000 camp beds from North America to Germany to help with the refugee crisis.
This morning (September 22) a Lufthansa Boeing 747-8 flight from Washington landed at the airline’s Frankfurt hub carrying approximately 1,000 camp beds.
The remaining beds, divided over twelve flights, were transported to Frankfurt in the preceding days. Lufthansa Cargo said it undertook the transport at cost price.
The total volume of the cargo amounted to nearly 120 tonnes, divided between 271 pallets.
“The beds were desperately needed by refugees who are being looked after by the German Red Cross in emergency accommodation and were provided by both the Canadian and the American Red Cross,” the airline said in a statement.
German Red Cross General Secretary Christian Reuter added: “The German Red Cross are attending more than 288 emergency accommodations for approximately 82,000 refugees nationwide.
“In addition, we will support the federal government with the provision of further shelters for refugees.
“In order to carry this out, rapid logistics solutions, such as we are able to implement now with Lufthansa Cargo, are indispensable."
Lufthansa Cargo chief executive Peter Gerber added: "We are very happy to be able to make a small contribution to the valuable work of the German Red Cross.
“Fast and uncomplicated help is called for in situations such as we are experiencing at the moment.”