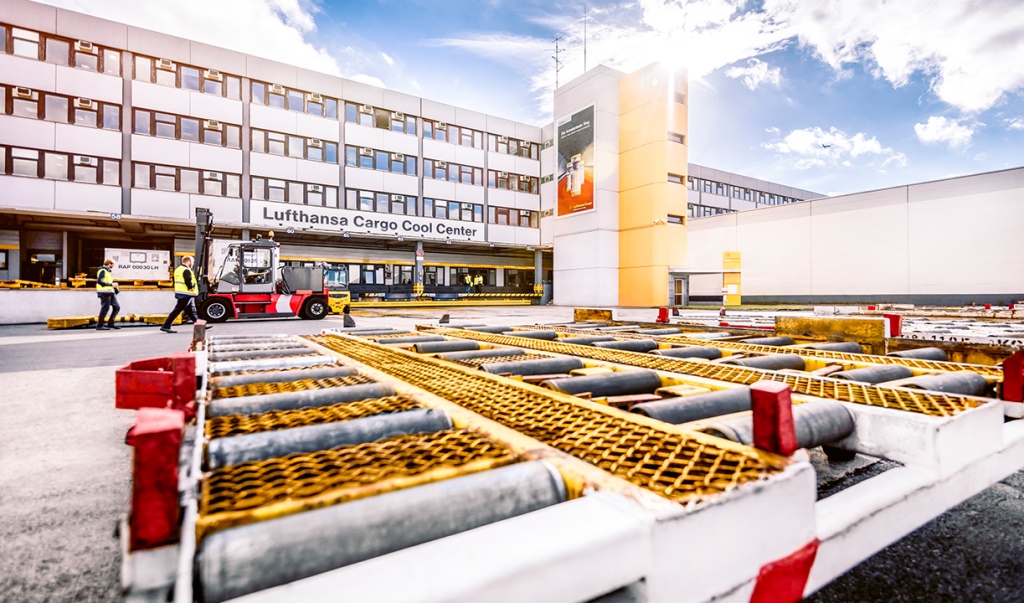 Lufthansa Cargo has announced it will increase the size of its cool centre at its home hub of Frankfurt Airport by almost 80% on the back of temperature-sensitive cargo growth.
The German cargo giant said it would expand its Cargo Cool Center from 4,500 sq m to 8,000 sq m with work set to start in February next year and due to be completed in late summer of next year.
The existing centre was opened in December 2011 and offers four cold-storage rooms kept different temperatures: 2 to 8 degrees Celsius (dc), 15 to 25dc, -12 to -20dc and 5 to 15dc.
Along with extra space, all infrastructure at the centre will also be upgraded.
Alexis von Hoensbroech, Lufthansa Cargo board member for product & sales, said: “After five years of success, we want more.
“That is why we intend to further upgrade and significantly expand our Cool Center in the coming year.
“The expansion is driven by continuous growth in temperature-sensitive cargo. We are pleased that our customers are benefiting from our comprehensive experience. We want to be their first choice in the future as well.”
Lufthansa Cargo and its Cool Center were recently awarded the IATA CEIV certification for its pharma operations.