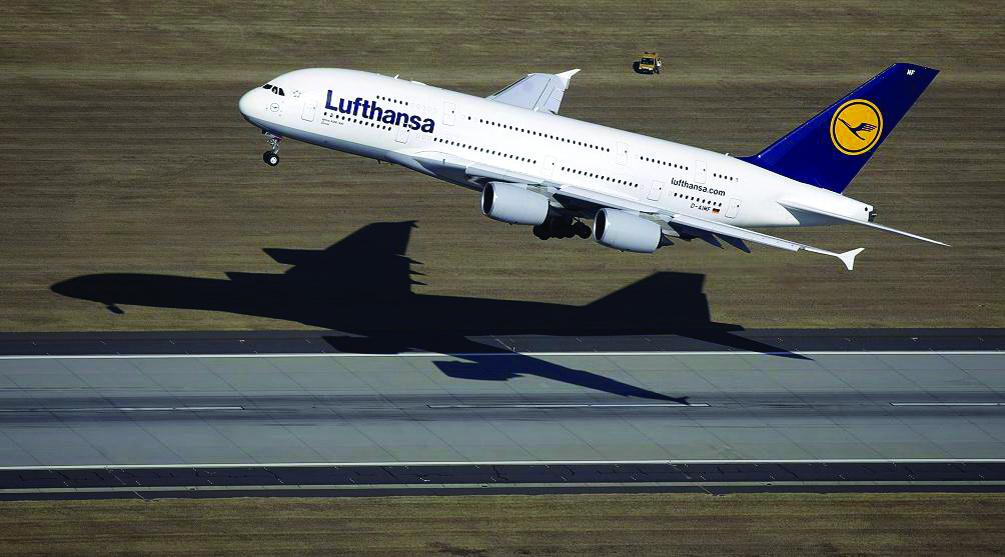 LUFTHANSA group has cut its 2014 earnings forecast due to “revenue risks” in its passenger and cargo business caused by strikes, currency impairments and “strong capacity growth by state-owned Gulf carriers”.
The German flag carrier’s executive board is now projecting an operating profit for the current financial year of approximately €1 billion, down from a previous forecast of between €1.3 to €1.5 billion
Lufthansa’s American and European businesses have suffered from increasing excess capacity, which leads to falling prices on these routes, it said.
Simone Menne, chief officer finances and aviation services at Deutsche Lufthansa, said: “We will therefore noticeably reduce our capacities during the winter timetable period.”
She explained that strong capacity growth by state-owned [Middle East] Gulf carriers was a “major concern”, adding: “They are advancing ever further into the European market, also by means of investments in European airlines.”
The Lufthansa pilots strike in early April had a negative results impact of €60 million. Additionally, impairments on receivables denominated in Venezuelan Bolivar have cost €60 million so far.