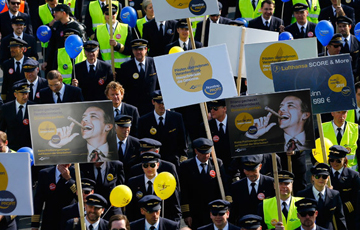 LUFTHANSA avoided having to cancel any freighter flights during its latest pilot strike. The airline shifted its flight times to allow all routes to be served as planned for the day. The only significant change it had to make was postponing two flights to depart outside the strike period, Lufthansa said.The strike was the second within a month, but the sixth threatened on in as many weeks. The Vereinigung Cockpit pilot union wants Lufthansa to continue to pay benefits to pilots who retire before the age of government-pension eligibility. Lufthansa cancelled that agreement last year and wants to increase the retirement age up from 55 to 60 years.The Lufthansa Cargo division had 21 full freighter services scheduled from Frankfurt for the two days affected, and operated all of them.