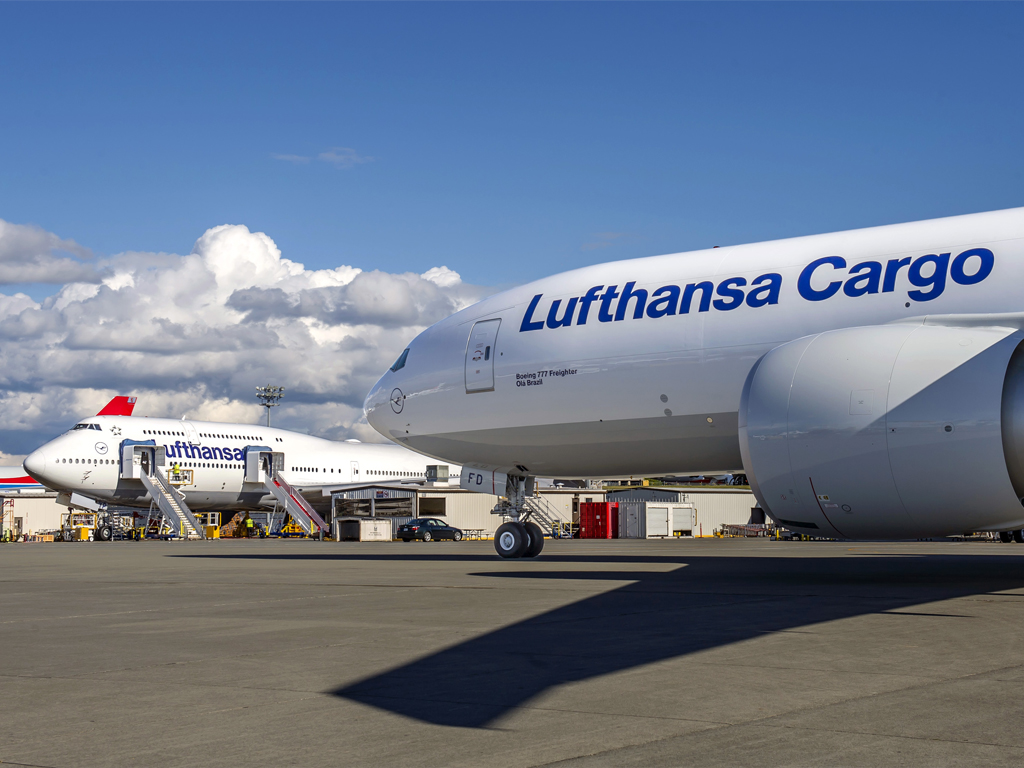 Lufthansa, the German flag-carrier, has released details of its 2016 financial performance, within which are a number of indicators pertaining specifically to its logistics business.
As well as marketing the freight capacities of Lufthansa Passenger Airlines’, Eurowings’ and Austrian Airlines’ passenger aircraft, Lufthansa Cargo operates its fleet of freighter aircraft, comprising 14 Boeing MD11Fs (two temporarily parked) and five B777Fs.
Moreover, the logistics segment of Lufthansa also includes the air freight container management specialist Jettainer, urgent delivery specialist subsidiary time:matters and the equity investment in B777 freighter operator AeroLogic (which is jointly owned by Lufthansa Cargo and DHL Express).
Lufthansa’s logistics business made revenue of €2.08bn last year, down by 11.5% on 2015.
Adjusted EBIT (earnings before interest and taxation) was in the red at a figure of €50m, as compared to a positive figure of €74m in 2015.
A total of 8,385m cargo revenue tonne-km was flown, up by 0.3% year on year.
Capacity was down by 0.5% to 12,548m available cargo tonne-km (dedicated freighter capacity was down by 1.9%), giving a cargo load factor of 66.8%. This represented an improvement of 0.5 percentage points over the 2015 figure.
The figures highlight the challenges faced by the cargo carrier last year. Indeed, the management report covering last year’s performance notes: “Structural overcapacities in the market are eroding yields for air freight.
“This adversely affects earnings at Lufthansa Cargo, particularly outside the high season, and will probably continue to do so in future.
“Under these circumstances, Lufthansa Cargo intends to cut its annual staff costs and staff-related expenses by at least €80m by 2018.
“A strategic cost-cutting programme was drawn up and has been underway since autumn 2016. It will have the effect of streamlining sales and other areas as of the beginning of 2017.”
Furthermore, the report on 2016’s performance continues: “Renewal of fleet, IT and ground infrastructure continues. Lufthansa Cargo has successfully completed the integration of five B777Fs. The aircraft stand out for their lower fuel consumption, great range and outstanding reliability.
“The size of the MD-11F fleet was reduced by two, to 12 active aircraft, in view of market developments. Further capacity adjustments are planned for 2017.”
Elsewhere, the document reported: “The freight centre in Frankfurt is being continually modernised. This involves expanding capacities and further improving the entire infrastructure of the cool centre. A concept is also being developed for a modular renewal of the logistics centre.
“In the years ahead, the company intends to digitalise its relationships with all the players in the transport chain, from bookings to deliveries. In the long run, customers will benefit from greater transparency, higher speeds, better quality and more flexibility as well as greater efficiency.
The Lufthansa Group as a whole generated revenues of €31.7bn in 2016, a decline of 1.2% over the prior-year result.
Adjusted EBIT for the year amounted to €1.75bn, a decline of 3.6.
The adjusted EBIT margin for 2016 was 5.5%, a decline of 0.2 percentage points over 2015.
“The Lufthansa Group continues to develop successfully,” announced Carsten Spohr, chairman of the Executive Board and chief executive of Deutsche Lufthansa AG.
“We are again in a stronger position today than we were a year ago. And once again we were able to convince our customers of the quality and the appeal of our products and services.”
He continued: “In a very demanding market environment, we successfully kept the Lufthansa Group’s margins at their record prior-year levels, through consistent capacity and steering measures and, above all, through our effective cost reductions.
“Based on this good financial development, all our business segments developed positively in their respective markets.
“And by expanding our commercial joint ventures… fully acquiring Brussels Airlines and concluding the comprehensive wet-lease agreement with Air Berlin we have also strengthened our strategic position.
“In 2017,” Spohr continued, “it remains necessary to further reduce our costs.
“This is the only way to meet and master the decline in unit revenues and the higher fuel expenses, and at the same time to maintain and strengthen our financial stability and our investment capacities.”