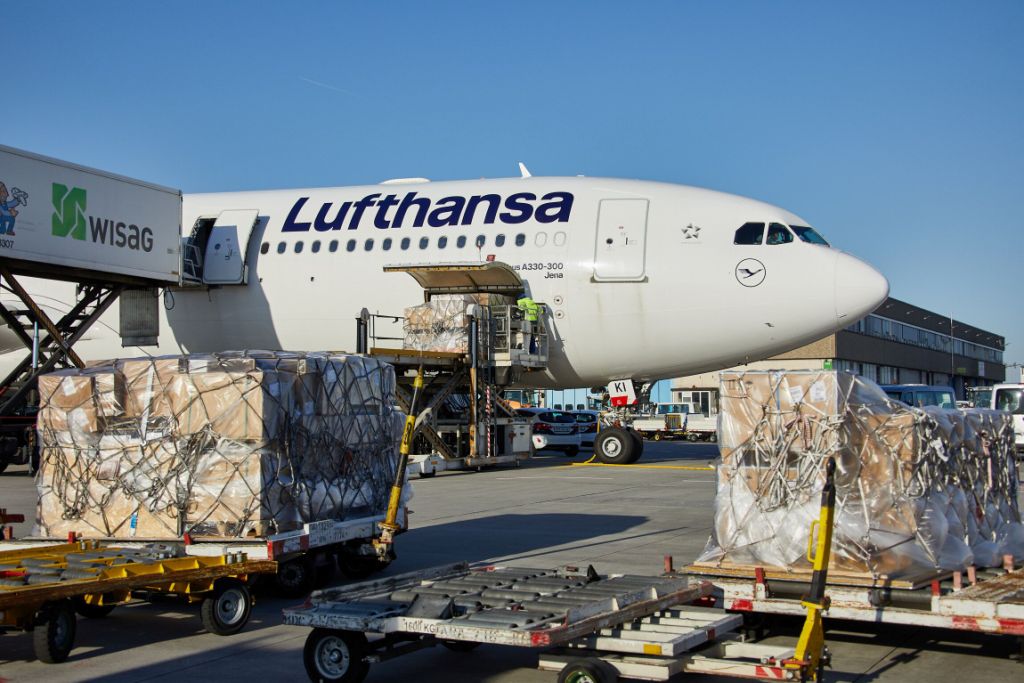 Lufthansa will take out the seats from several of its aircraft as it looks to create space to carry extra cargo.

The move is part of wider efforts to expand cargo capacity through the addition of extra services to meet a capacity crunch.

The airline said that in co-operation with sister company Austrian Airlines it will add 51 weekly cargo flights from Germany and Austria to Asia.

At present, 14 flights a week with Boeing 777F widebody freighters, with a standard load capacity of around 103 tons, operate between Frankfurt and the Chinese mainland.

From Easter onwards, 35 weekly flights with Lufthansa passenger aircraft will be added exclusively for cargo transport. Since the cabin space of these aircraft can also be loaded with cargo, this results in an average capacity of about 30 tons each in practice.

In order to further increase the possible cargo volume, especially for the transport of comparatively light goods such as protective masks, parts of the cabin interior, including seats, of initially four Lufthansa aircraft will be removed.

In Austria, Austrian Airlines is expected to provide 16 flights a week from Vienna International Airport for the transport of cargo from Easter onwards. Shanghai (PVG) will be served eight times a week, Beijing (PEK) five times, Penang (PEN) two times and Xiamen (XMN) once a week. Passenger jets of the type Boeing 767-300 and Boeing 777-200 will be used.

Lufthansa is not the first airline to remove seats in order to create extra space for cargo. At the start of April, EL AL removed the passenger seats from some of its Boeing 777 aircraft to enable higher volumes of cargo to be transported.

This step was taken ahead of the carrier ceasing all of its passenger flights on April 4, 2020, due to low demand and travel restrictions caused by the coronavirus.

The removal of the seats in the passenger aircraft allows the aircraft to carry around 50 tons of cargo.