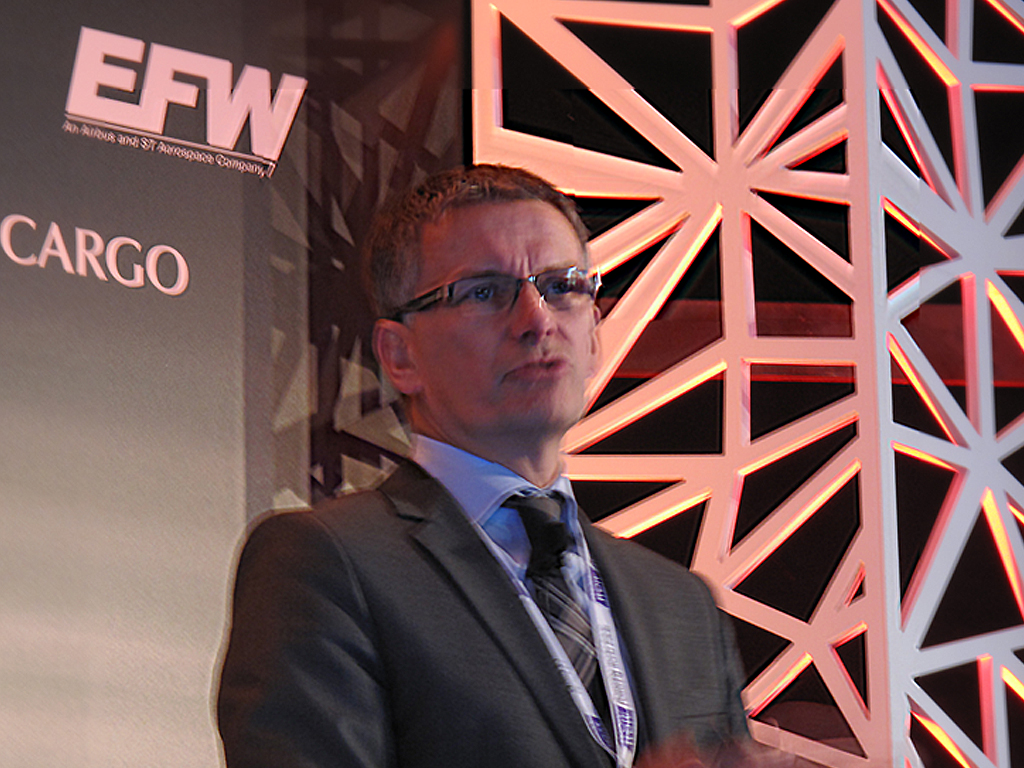 Lufthansa is set to add a new joint venture partner by the end of the year, following the model it adopted with ANA. It believes this type of partnership overcomes the issues faced by cargo alliances in the past.
Speaking at the Air Cargo News Freighters and Belly Cargo Conference, Lufthansa senior vice president for strategy, subsidiaries and business development, Bernhard Kindelbacher told delegates that its partnership with ANA had proved a success and it was looking to expand the model with other airlines.
“We are talking with other partners, there will be very few partners that we would like to talk about because it is a major effort.
“We have discussions and we hope that by the end of this year we can announce another partnership.”
He said ANA would not be involved in the new partnership.
Partners, Kindelbacher explained, had to have a complementary network, with some service overlap but not too much; they also needed to be able to offer enhanced processes for the customer and they needed a capable IT system that would work in tandem with Lufthansa’s.
For instance, he said, Lufthansa’s internet platform was able to show ANA flights in the same way it displays its own flights.
“There is no differentiation between the flights on the platform. Customers don’t have to wait five hours for a response just because it’s a partner airline.”
Kindelbacher also explained why he felt its partnership had succeeded where past airline alliances had failed.
Past alliances seemed like a good idea as they meant customers had access to a wider network while sales teams had more service options to sell. But in reality, response times on bookings were slow because process weren’t as digitised as they should have been, cargo on one plane had to be delivered to various member premises, there was not enough harmonisation of standard products and there were implementation problems.
He added that each of the partners also had their own direction and there was no anti-trust immunity which meant the different airlines were competing with each other and concentrated on selling their own services to meet targets.
In contrast, revenues generated by its joint venture with ANA go into a shared pot with ‘metal-neutral’ booking, there is an improved network and capacity offer, sales activities are aligned and there is product and process harmonisation.
However, he said that the partnership with ANA, now extended to cover Europe-Japan in both directions, had been a long time in the making.
He believed there would be a growth in this type of joint-venture in the future; they would not only benefit airlines and customers but would also act as a type of cargo industry consolidation.