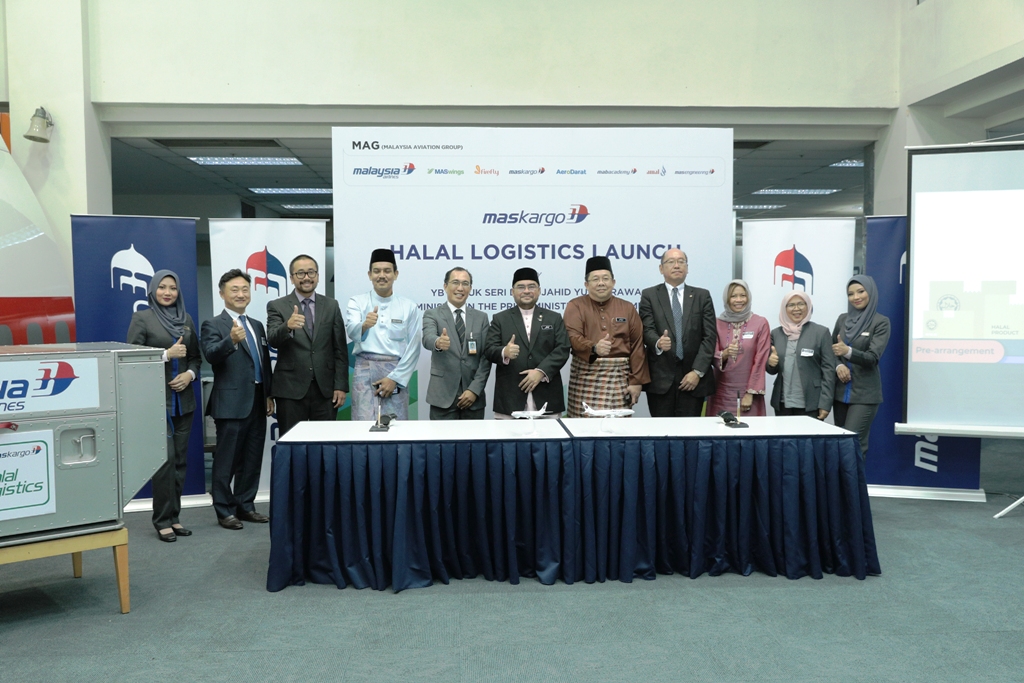 MAB Kargo, a subsidiary of the Malaysia Aviation Group companies, has launched a halal logistics service after having received MS2400-Halal Certification from the Malaysian Department of Islamic Development (JAKIM) on May 1.

The MS2400-Certification is applicable to MAB Kargo’s warehousing and activities relating to its halal logistics and designated area. As well as meeting the requirements for the certification, MAB Kargo installed additional facilities to ensure that hala and non-halal shipments are always handled and stored separately.

To commemorate the launch of its service, MAB Kargo hosted a launch event which was attended by government minister YB Datuk Seri Dr Mujahid bin Yusof, at the Malaysia Airlines Academy in Kelana Jaya. At the event, the airline signed an agreement with its first customers, Sejung Group of Korea, Nippon Express (Malaysia), Labuan Halal Hub and Serunai Commerce.

Ibrahim Mohamed Salleh, chief executive of MAB Kargo, commented: “The MAB Kargo halal logistics service is tailored to the needs of the halal industry for reliable, safe and secure air cargo handling. We are now able to provide the logistics by maintaining the halal integrity of the shipment throughout the supply chain.

“According to a report by the International Market Analysis Research & Consulting Group, the global halal food market value is projected to reach $2.6trn by 2023. We hope to be able to tap into the market to achieve the national target of RM50bn halal export by 2020,” he added.

MAB Kargo is also now listed on the Verify Halal app, which was launched to empower consumers and suppliers alike to instantly verify the halal status of a product or premises certified by JAKIM or by a JAKIM-recognised foreign halal certification body.