Micheal White to step down from CNS president role 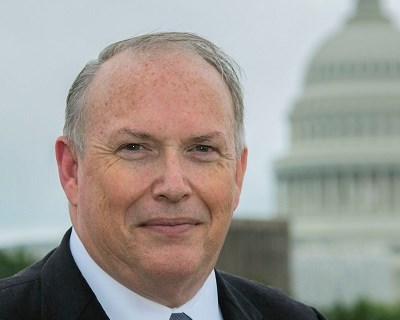 Michael White is set to leave his role as president of IATA’s US cargo organisation CNS at the end of the year as part of its restructuring programme.

IATA said that White has taken voluntary redundancy and that a president would be appointed in advance of his departure.

“As an aviation-related organisation, IATA has been deeply impacted by the crisis brought on by Covid-19 and the resulting government lockdowns and border closures,” the airline association said.

“Early on, our senior management took voluntary pay cuts and we drastically reduced our spending. As the crisis has continued, we have also launched an organisational restructuring to ensure IATA and our subsidiaries, including CNS, are well-positioned to sustainably support our members during and after the crisis.”

CNS was created as an independent subsidiary to serve as IATA’s Cargo Accounts Settlement System (CASS) and cargo agent endorsement program in the US.

“CNS CASS will continue in that role moving forward after the leadership transition,” IATA added. “Over the past several years, CNS has also played a significant role in advancing the US cargo agenda, with the support of the CNS Advisory Board and in cooperation with IATA’s Miami-based cargo team and IATA’s government affairs team in Washington.”

Other changes will also be put in place: “As part of the restructuring, the IATA regional cargo team in Miami and the IATA Washington office will primarily be responsible for advancing the US cargo agenda going forward while CNS will focus on its core mission on ensuring that the CASS continues to meet the needs of the US cargo industry.

“In this way we will ensure the viability of CNS and preserve the needed capabilities to support the air cargo industry in the US.”

White is not the only high-profile leadership change within the IATA cargo organisation. In September, IATA confirmed to Air Cargo News that Glyn Hughes would be leaving the position of head of cargo.

Overall, the IATA re-organisation will result in a headcount reduction of around 22%, which aligns with the scale of job losses that many of its member airlines have announced.

This constitutes 400 positions globally. Around half of these are already accounted for through existing unfilled positions and voluntary departures, with the number of layoffs reaching about 200 across IATA’s offices worldwide.