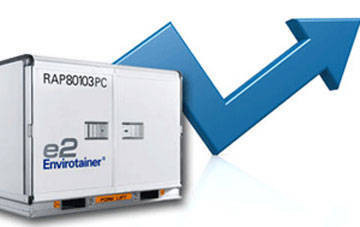 The Middle East set the pace for a four per cent global surge in air freight in November, and 4.7 per cent for the past 12 months, according to the latest Airports Council International (ACI) figures.
The region achieved the highest growth in freight volume, 12.8 per cent, year on year for the month, boosted by the start of operations at Dubai World Central airport. Airfreight at the new gateway has tripled compared with the previous year, said ACI.
Asia Pacific volume growth slackened; it was up 4.7 per cent in November, somewhat below the 5.6 per cent seen in the past 12 months.
In Europe, which saw moderate overall growth of 3.1 per cent year on year, the picture was mixed. Frankfurt grew by 2.7 per cent, whereas Paris declined by 1.8 per cent. But Istanbul gained 14.3 per cent.
North America had only moderate growth of 2.2 per cent with growth at major hubs such as Memphis and Louisville almost flat.
Latin America was also flat overall, although volume at Sao Paulo and Mexico City jumped 4.2 and 10.7 per cent respectively.
Africa was volatile; November volumes were down 1.7 per cent, contrasting with the significant gains seen in October.
Growth in global freight traffic was roughly in line with passenger traffic, which rose 5.4 per cent in November and 5 per cent on a year to date basis.
Did you find this article of interest, if so why not register for a FREE digital subscription to Air Cargo News? – Find out more