Mixed May for Cathay Pacific and Eva Air 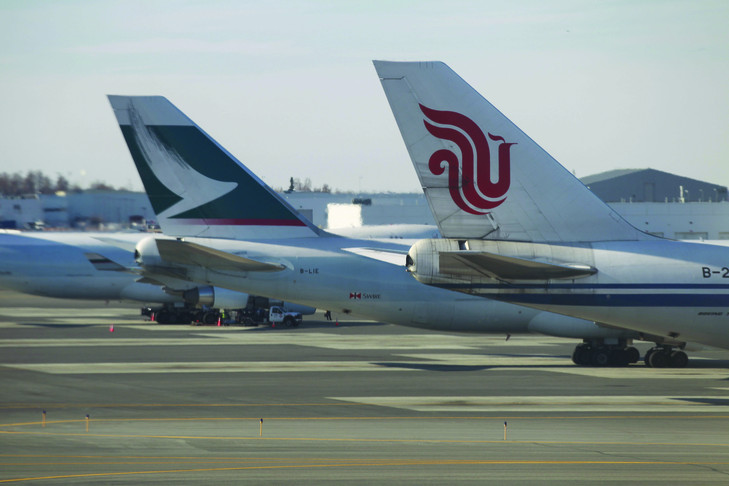 Asian airlines Cathay Pacific and Eva Air recorded mixed performance in May, with the Hong Kong headquartered carrier recording a decline in load factors despite increased volumes, while the Taiwanese airline maintained its load factors as volumes decreased.
The combined Cathay and Dragonair figures for May revealed that the airlines recorded a 9.5% year-on-year increase in cargo and mail revenue tonne km to 873m RTK.
However, they also increased capacity by 11.1% in May compared with last year to 1.4bn available cargo and mail tonne km.
As a result, May’s load factor slipped by 0.9 percentage points compared with last year to 62.1%. Last month, its load factor stood at 62.6%.
Cathay Pacific general manager cargo sales & marketing Mark Sutch said performance was affected by a public holiday in mainland China at the start of the month.
“Demand picked up steadily as factories reopened but the month’s tonnage growth could not keep pace with the increase in capacity,” he said.
“Our mainland business continued to face pressure from intense competition and we saw less benefit from the congestion in the seaports on the west coast of the US than in previous months.
“Demand into and out of the Indian subcontinent was one of the bright spots in our cargo network in May.”
Meanwhile, Taiwan’s Eva Air recorded an 11.4% year-on-year decrease in freight tonne km in May to 304m FTK. It is the third month in a row that the airline has recorded a decline in demand.
Much of the effect of this volume decline was mitigated by the fact it reduced capacity by 10.9% compared with a year ago to 370m ATK.
As a result, its load factor declined by just 0.5 percentage points to 82%. Yield, meanwhile, slipped to its lowest level this year at seven points.