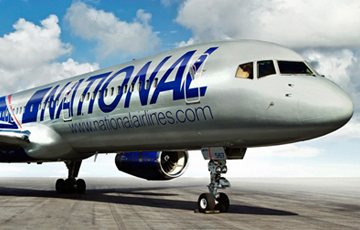 US cargo carrier National Air Cargo (NAC), a subsidiary of National Airlines, has filed for voluntary bankruptcy protection.
The airline says it was forced to make the decision following a court judgement of October 2013. That case had been filed by start-up Global BTG in 2010, which alleged that NAC breached contract by failing to finance aircraft leases with the company.
“We have appealed the unjustified and unexpected verdict in the case brought by Global, but unfortunately that appeal will not be decided for some time,” says Christopher Alf, chief executive officer of NAC. “We believe we will be victorious in the appeal. Seeking Chapter 11 relief will permit NACto serve its customers while reorganizing [our] financial situation caused by this one-off event.”
“NAC continues to contend there was no enforceable agreement and there was no breach,” he added. “[We have] an appeal pending at the United States Court of Appeals for the Ninth Circuit,” it added.
The Chapter 11 filing allow NAC to continue business and make relevant payments until the appeal has been finalised.
The filing has no effect on NAC’s parent company, National Airlines.