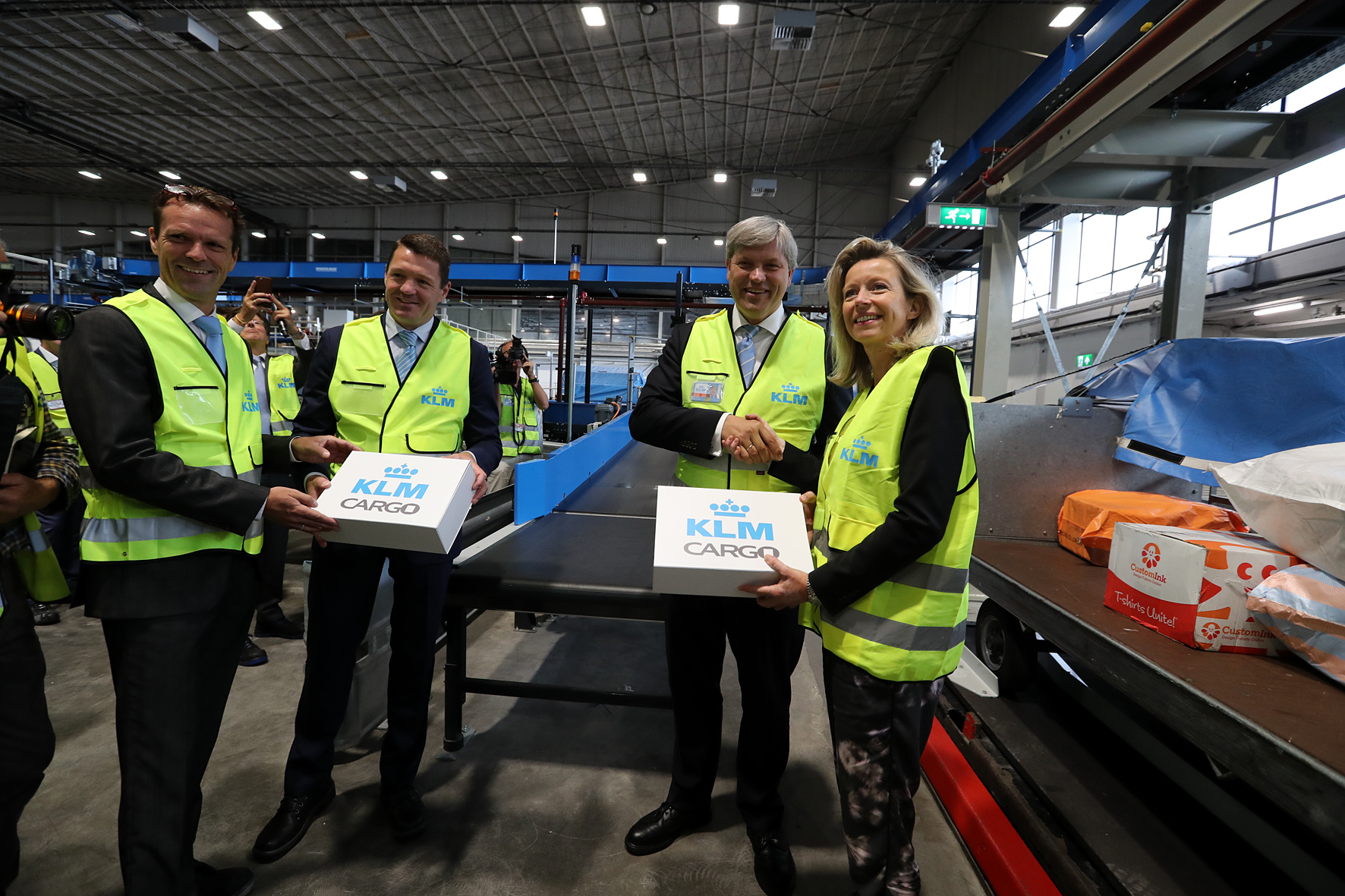 KLM Cargo has opened officially a new sorting system at its Amsterdam Schiphol airport hub that can handle post, express and pharmaceutical consignments.
The new express product sorter will allow KLM to launch a Europe-wide sameday delivery product, called 12Send, in September this year after completing trials this summer in London, Madrid and Stockholm.
The sameday product, aimed at e-retailers and the business to consumer sector, will deliver e-commerce goods in free circulation (all import duties have been paid) in the European Union.
The multi-loader sorter system at Schiphol, designed and built by cargo equipment specialists Lödige Industries and Vanderlande, can handle more than 2,000 items per hour.
Marcel de Nooijer, executive vice president of KLM Cargo, said: “E-commerce is a fast-growing branch in the cargo industry. This innovative system allows us to keep pace with the rapid increase in post and express consignments. The system is faster and smarter, allowing us to offer better service to our customers.”
The importance of the new facility in promoting Amsterdam as a pharmaceuticals and e-commerce hub saw the official opening ceremony attended by national and local political representatives.
Bertholt Leeftink, director general of enterprise and innovation at the Ministry of Economic Affairs, and Kajsa Ollongren, alderman of the municipality of Amsterdam, officially launched the sorter, alongside Pieter Elbers, KLM president and chief executive.
Alliance partners Air France and KLM said that they are the first airlines to make use of this kind of sorting system. In Paris, a similar handling system, but without the pharma container handling capability, was launched in April 2015. KLM opted for a same kind of system, but had to make various “innovative adjustments owing to a lack of space”.
To make room for a new pier at Schiphol, one of KLM Cargo’s three warehouses had to be partly demolished.
The main challenge in building the sorting system lay in accommodating existing cargo processes in 50% of the floor space. This was achieved, in part, by scaling up vertically, said de Nooijer.
The storage space for containers has doubled, ensuring that there is space for growth.
Together, KLM and Air France are the world’s fifth-largest air cargo carrier, carrying 928,000 tonnes of airfreight, while Schiphol is Europe’s third-largest air cargo hub, after Frankfurt and Paris.