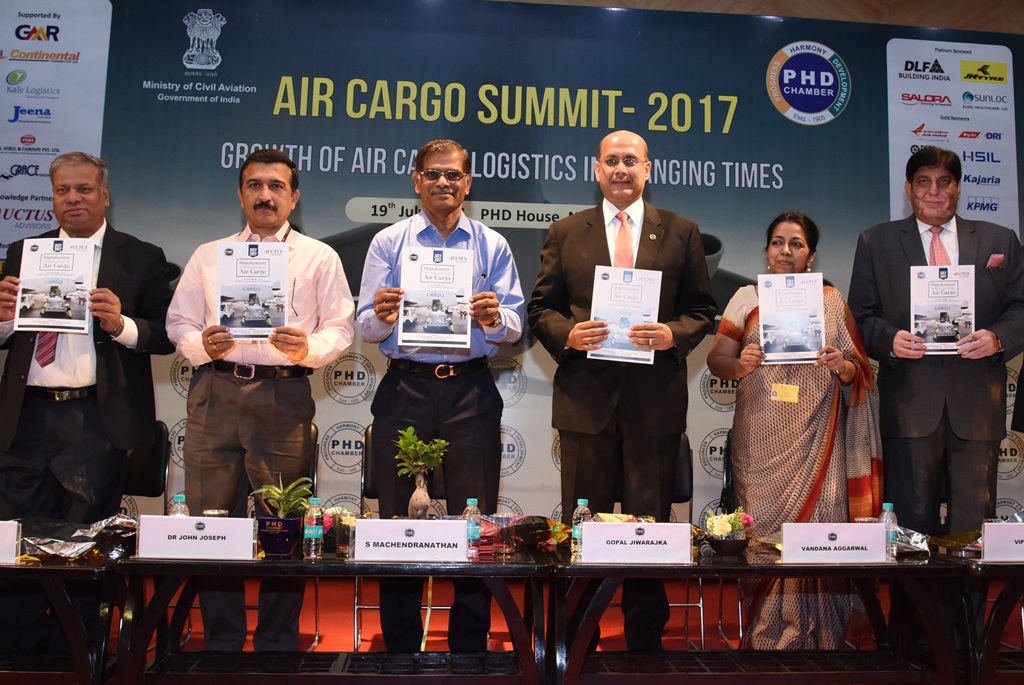 An Indian trade organisation has warned that a proposed tax on airfreight exports will stifle growth in the country’s air cargo sector, while it has also called for investment in the sector.
At its annual Air Cargo Summit, PHD Chamber of Commerce and Industry warned that moves to include airfreight exports in its goods and services tax (GST) is “totally unfair” and will “stifle the growth of air cargo”.
India will be an “exception” in applying the 18% tax as in the rest of the world international freight is not taxable, it said.
“At a time when domestic civil aviation industry anticipates that India will be among the tenth largest international freight market by 2018, with domestic Indian air cargo increasing by 7.3% as per current estimates over the 2016 rate, subjecting international freight at 18% GST is totally unfair as it will stifle the growth of air cargo,” the chamber said.
“Indian exporters need not be burdened with wrongly interpreted GST tax on International freight.
“This is based on well accepted principle that goods and services are exported but not taxed.”
The chamber added that there had been a suggestion that companies would be able to apply for a refund on the tax, but this would still add administrative costs to operations.
“Why would the government of India want Indian exporters to pay extra 18% GST on freight and make our goods non-competitive in international market.
“Even if the GST to exporters is refundable by a credit, it is incorrect as again the cost of exporting goes up by financing GST and taking the refund as an administrative and financial cost.
“Indian exporters are again at a disadvantage if this is the case. Hence GST should not applicable on international freight.”
India’s GST is a new centralised tax on goods and services, designed to cut out the vast number of different rates applied by various states across the country.
At the summit, it was also pointed out that the Indian air cargo sector faced a number of other challenges, particularly around dwell times at airports.
The chamber called on the government to invest in technology and also encourage the creation of domestic freighter operations.
It said: “The aviation logistics sector in the country today, particularly for export cargo, and equally for the domestic cargo, is confronted with multitude of serious issues like inordinate dwell times, missing and non-traceable cargo, damaged cargo, lengthy cargo processing times and queues of trucks at the cargo terminals, etc. Air cargo infrastructure in India is woefully inadequate and overloaded.
“It has further highlighted that the procedures mandated by multiple agencies stifle innovation and growth besides causing inefficiency in the system.
“Existing procedures have not yet been aligned with the technological progress which has become international best practices.
“Missing Cargo/non-traceability of cargo in terminals has assumed undesirable proportions. This has serious implications for not only timely delivery of cargo but also in terms of security and image of the country in international trade.
“Thus, the need of the hour, therefore, is to streamline the procedures for movement of domestic air cargo and simplification of procedures for safe transit and timely delivery.
“Also, the government should encourage competition by introduction of domestic freighters on trunk routes, where at the moment only one airline is operating.
“This step will also reduce the cost of carrying the goods and the bottlenecks in the present system.”
Read more Asian air cargo news