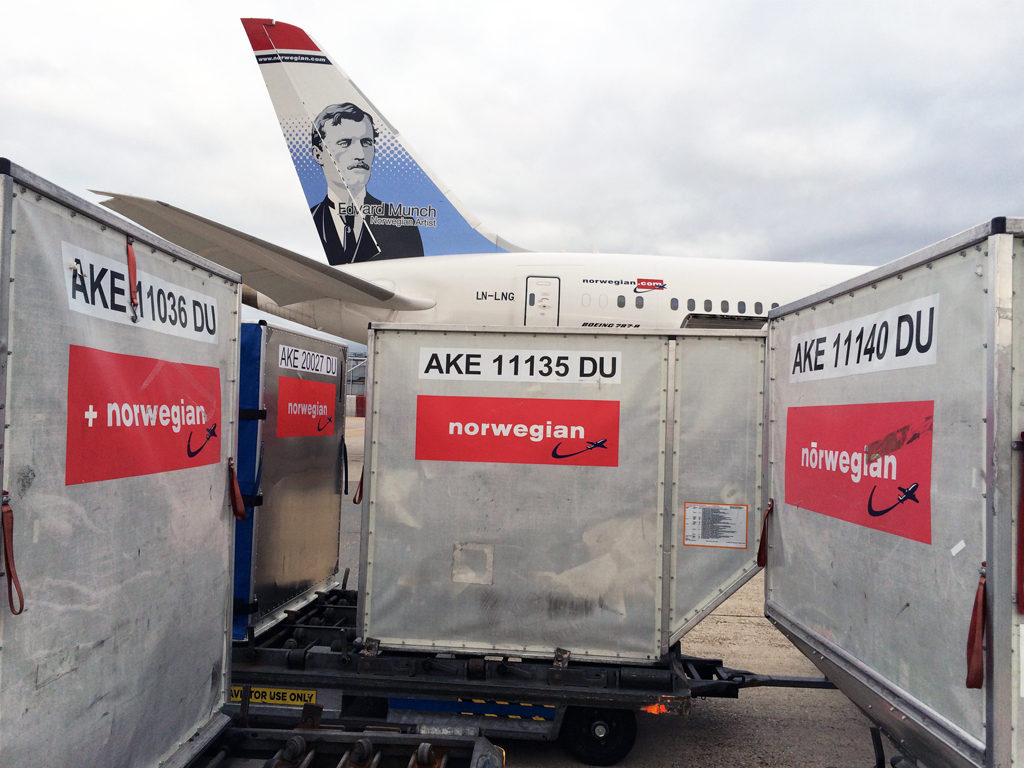 Norwegian Cargo, the freight operation of the rapidly growing low-cost carrier, has chosen dnata to handle its freight in the UK.
The deal, which goes into effect on 1 May, will see the Dubai-headquartered handler that forms part of the Emirates Group provide Norwegian with a full range of freight handling capabilities at all the UK airports to which the airline flies – namely, London Gatwick, Birmingham, Manchester and Edinburgh.
dnata will also manage Norwegian’s regional handling and trucking requirements throughout the UK.
The head of Norwegian Cargo, Bjørn Erik Barman-Jenssen, commented: “We believe dnata has the experience and expertise to meet our high standards in service delivery.
“Norwegian Cargo is continuing to grow as we add more capacity on brand new state-of-the-aircraft flying from the UK to more than 40 destinations.
“With seven new routes taking off from the UK this year it’s ever more important to utilise our growing capacity and ensure Norwegian Cargo’s increasing shipments are handled with speed and care in mind.”
dnata’s senior vice president – business development, Mohammed Akhlaq, added: “dnata’s proven service levels and investment in facilities, process innovation, technology and people across the UK network places us in a strong position to serve Norwegian’s needs, and we will work hard to deliver Norwegian Cargo’s customer promise.”
Norwegian has expanded its network in the UK in recent months, and its cargo operation through the country has developed commensurately.
As well as introducing new short-haul routes into Gatwick, Manchester and Edinburgh, it is also boosting its long-haul network out of the UK – it recently launched four times a week services between Gatwick and Boston, and it is to inaugurate a three times a week connection to Oakland, San Francisco, from Gatwick on 12 May.
Norwegian is expanding its long-haul fleet to support these network developments. During the first quarter of this year it introduced the first of 31 Boeing B787-9 ‘Dreamliners’ it has on order, each of which can offer up to 20 tonnes of cargo capacity.
Norwegian Cargo offers freight capacity to destinations right across Scandinavia, as well as to a range of European cities further afield and to Bangkok in Thailand, New York, Orlando, Oakland, Los Angeles and Fort Lauderdale.
Last week, Norwegian reported its 2016 first-quarter financial results. The airline’s CEO, Bjørn Kjos, pointed to an underlying profit improvement of 400 million Norwegian krone (US$49 million) compared to the same quarter of last year.
He added that long-haul operations are becoming “significantly more important” to the carrier.
dnata is one of the world’s largest air service providers. Like Norwegian, it has been expanding its UK footprint, which dates back to 1987.
It handles about 400,000 tonnes of cargo a year in the UK for various airline customers.