Nothing sheepish about growth, says WorldACD 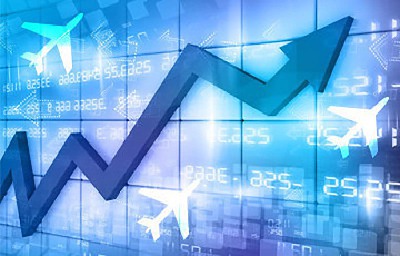 Asia Pacific single-handedly lifted air cargo growth in February 2015, says analyst WorldACD Market Data.
While the region did well in all directions, as did intra-Asia, volumes from all other areas except Africa decreased.
Asia Pacific chalked up a year-on-year improvement of 28 per cent in volume and three per cent in yield and, compared to prior month January, yields from Asia Pacific increased by almost seven per cent.
“Without the engine of world trade humming along rather nicely, the monthly growth would have been rather sheepish,” WorldACD concluded – and 19 February marks the start of the Year of the Sheep in China, it points out.

Netherlands-based WorldACD ─ which sources data directly from airlines ─ observed that it is often said that business slows down significantly before as well as after Chinese New Year.
However, with a volume increase of eight per cent year-on-year, “February appears to have been another month of solid air cargo growth, continuing the trend of the past one and half years”.
Yields in US dollar terms dropped considerably year-on-year, as they did  in January 2015, although the fall was less pronounced, with a 6.8 per cent decrease.
However, for the first time in three years, the worldwide dollar-yield was higher in February than in January (up 1.6 per cent).
With data now available for the first two months of the year, some cautious conclusions can be drawn about trends for 2015 as a whole, says WorldACD, the main trend being the effect on air cargo of US west coast container port problems.
February’s performance was very heavily influenced by the phenomenal growth from Asia Pacific to North America, with a year-on-year-increase of 90 per cent in volume and 13 per cent in yield.
There has also been a change of fortunes in Japanese-originating air cargo, World ACD adds. While it has returned “dismal figures for quite a while” Japanese outbound volumes showed “a glorious transpacific performance.”
Volume more than doubled year on year, “and revenues grew even more, in the wake of an astounding 44 per cent yield improvement. As the month of January was very good as well, one may say that Japan has made an impressive start to the year.”
Traffic was helped partly by the need to quickly move car airbags to the US, while “the port problems continue to play nicely into the hands of the airlines.”