On the move from Mauritius to Madagascar 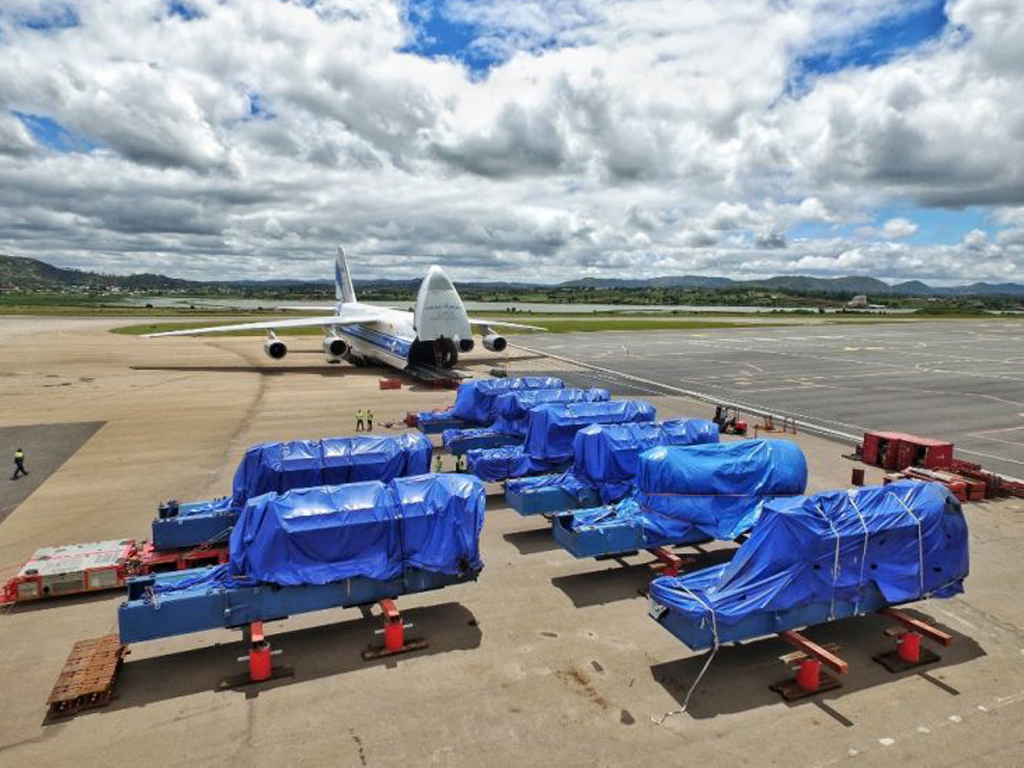 ALE has completed the first phase of a project to move 11 generators from Mauritius to Madagascar in East Africa.
The UK-based heavy transportation and lifting expert flew the machines, totalling 57.2 tonnes, on an Antonov An-124 freighter from Mauritius’ Sir Seewoosagur Ramgoolam International Airport to Ivato International in Antananarivo.
ALE used bespoke systems to offload the engines from the aircraft. Despite challenges, such as two cyclones which caused delays, ALE is now poised to move the load 36km by road to a power station.