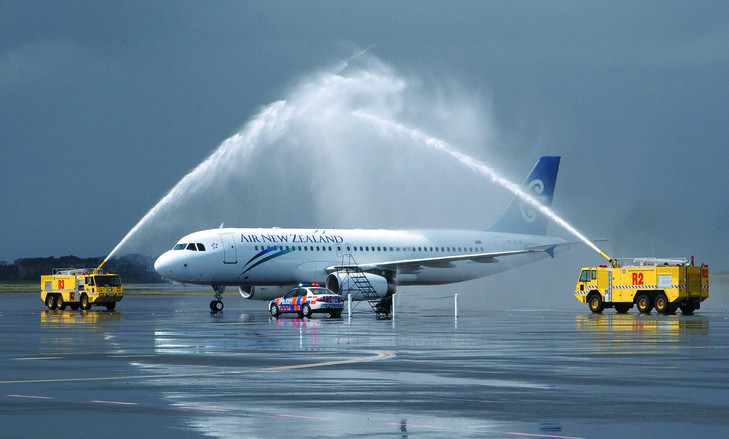 Australia’s Federal Court has upheld an appeal by the Australian Competition and Consumer Commission (ACCC) over air cargo cartel allegations against Garuda Indonesia and Air New Zealand.
A majority ruling by the full court found that price fixing conduct engaged in by Garuda and Air New Zealand relating to agreed surcharges on air cargo breached Australia’s price fixing laws.
The full court held that “all aspects of the market are relevant in determining whether it is in Australia,” and that “the presence of importers (customers) in Australia is not…… irrelevant to the determination of whether the market is in Australia.”
ACCC chairman Rod Sims said: “The air cargo case is a very significant one for the ACCC, as it involved a substantial number of airlines engaging in price fixing conduct around the world. To date, 13 airlines have paid penalties totalling approximately A$98m for making and giving effect to price fixing agreements relating to the imposition of air cargo surcharges on cargo sent to Australia.
“Although it is no longer a requirement of our cartel laws that it be established that price fixing occurred in a market in Australia, this decision is significant because it confirms the ACCC’s view that the conduct by the airlines in fixing air cargo surcharges to be paid by Australian importers and ultimately passed on to Australian consumers, were caught by Australian competition laws.”
The matters against both Air NZ and Garuda have been remitted to the Federal Court to determine the relief to be granted, including declarations, injunctions and penalties.
The ACCC initiated proceedings against fifteen international airlines, including Garuda, alleging the airlines had engaged in price fixing in relation to surcharges for the carriage of air cargo from origin ports outside Australia to destination ports within Australia.
In October 2014, Justice Perram dismissed the ACCC’s proceedings against Garuda and Air New Zealand. The ACCC appealed the decision.
Garuda and Air New Zealand also lodged notices of contention against the decision in relation to whether the conduct occurred in a ‘market in Australia’, the agreements that were found to have been reached, as well as a broad range of other issues. 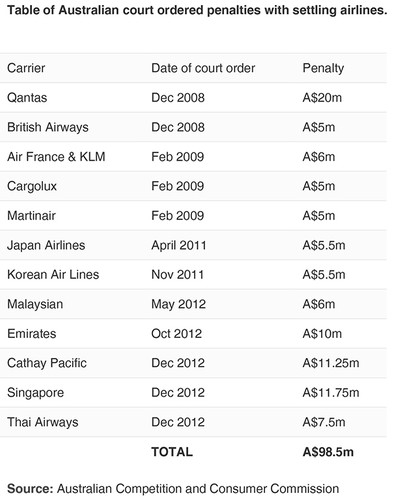