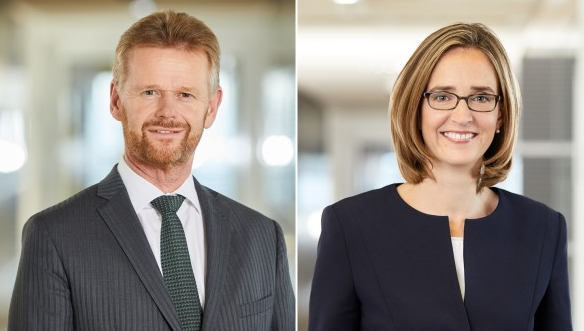 In a year of change for the air cargo industry, Peter Gerber will leave the position of chief executive of Lufthansa Cargo to take over at Brussels Airlines.

Gerber will take over as chief executive of the Belgian airline, which is owned by Lufthansa, on March 1, taking over from Dieter Vranckx.

In turn, Dorothea von Boxberg will become the new chief executive and chair of the executive board of Lufthansa Cargo.

Lufthansa said the supervisory boards still have to approve the proposals.

“Gerber’s appointment to the Lufthansa subsidiary Brussels Airlines is part of the Group-wide rotation policy for management positions,” the airline group said.

Gerber has lead Lufthansa Cargo since May 2014 and began his career at the German airline group in 1992.

From 1999 to 2005, she worked for The Boston Consulting Group in Stuttgart, most recently as project manager. In 2005, she moved to Star Alliance and was responsible for alliance development.

In 2015, von Boxberg moved to Lufthansa Cargo, where she initially headed global sales management before being appointed chief commercial officer of Lufthansa Cargo in 2018, advancing to the executive board.

Harry Hohmeister, chairman of the supervisory board of Lufthansa Cargo, said: “I would like to thank Peter Gerber for his outstanding achievements as chief executive for Lufthansa Cargo AG.

“As a passionate airline manager, he has very successfully managed the highly demanding and volatile logistics business and, together with a motivated and committed team, has played a major role in shaping the group’s cargo division in recent years.

“With Dorothea von Boxberg, an experienced manager from within the company is taking over the helm of Lufthansa Cargo AG. She is not only a sales professional, she also has a great deal of expertise, for example in product development. With her creativity and commitment, she will continue to develop Lufthansa Cargo AG successfully in these extraordinary times.”

A successor for Dorothea von Boxberg as chief commercial officer will be announced at a later date.

Gerber is not the only high profile move in air cargo this year. The industry will also see Glyn Hughes leave the top job at IATA Cargo to join TIACA, Michael White will leave CNS, Russi Batliwala is changing roles at Chapman Freeborn, Rick Elieson was replaced by Jessica Tyler at American Airlines Cargo, and Martin Drew is now leading the cargo team at Etihad, to name just a few.