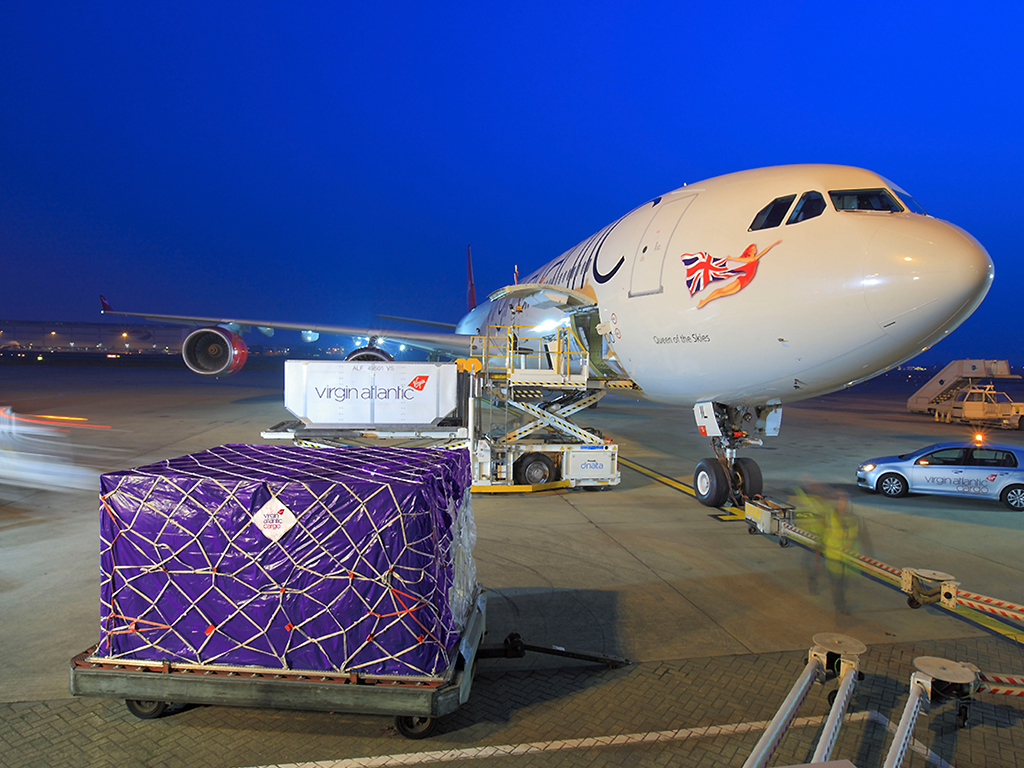 Virgin Atlantic Cargo transported 230,500 tonnes of cargo last year, up 6% in comparison to its 2016 total – a five-year high.
On the back of the volume growth, Virgin Atlantic Cargo’s revenue rose 9% year on year to £199.6m.
In terms of verticals, perishables, high-value shipments, pharmaceuticals and e-commerce provided the biggest gains.
With regard to its pharmaceuticals traffic, Virgin Atlantic highlighted its new Heathrow Pharma Zone, a joint venture with US carrier Delta, which opened in October 2017 and contributed to a 20% rise in temperature-controlled life science and pharma shipments year on year – the transatlantic market being most significant.
As for e-commerce, the airline said its “high service levels and quick connections to major consumer markets in the US, the Middle East, China and Australia” boosted growth.
The carrier said its daily flights between London Heathrow and Seattle, launched in March last year, “performed above expectations and there were strong, double-digit gains in demand to other destinations across the US from both London and Manchester”. The US, of course, is a big pharma market.
Other areas that contributed to Virgin Atlantic’s cargo growth included India and Africa (both to and from the UK) as well as flights into the UK from China and the US.
Virgin Atlantic said it “also delivered growth in support of its longstanding cargo sales and management agreement with Virgin Australia, boosted by the launch of Virgin Australia’s Melbourne-Los Angeles services in April, and the addition of new, daily Melbourne-Hong Kong flights in November”.