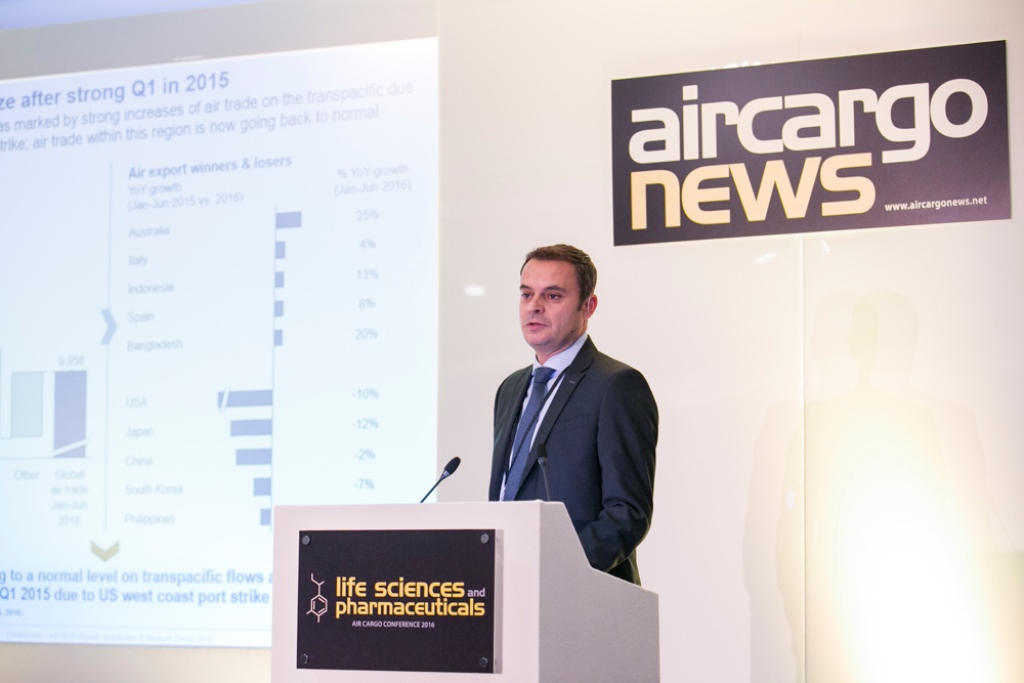 Growth in air cargo pharmaceutical traffic is driven largely by shippers switching from the use of general cargo to more specialised freight products.
Speaking at Air Cargo News’ Life Sciences and Pharmaceutical conference, Seabury Group commercial director Dirk de Rooij said that the pharmaceutical industry was growing by around 4%-5% per annum while airlines were seeing pharma growth rates of up to 30%.
He said the difference between air cargo growth for the traffic type and the pharmaceutical sector was down to the fact that shippers were increasingly switching to specialist products from airlines rather than just shipping medical goods as general cargo.
De Rooij said that one of the reasons for the switch to specialised pharma products was a regulatory drive from authorities to improve supply chains for medical products through programmes like the European Union’s Good Distribution Practice (GDP).
He added that the IATA pharma certification programme CEIV was also helping to raise awareness of the importance of using specialist services for the transport of medical products.
A representative from one major airline at the event said he had noticed a “major shift” from some shippers that had switched to using its specialist pharma products because they wanted to comply with GDP regulations and also because they valued their brand image.
However, this varied from country to country because of different interpretations of GDP regulations. He added that other shippers were happy to risk shipping as general cargo.
“There has been a shift away from general cargo, although as we know from other conferences certain shippers still decide to ship as a general cargo service, they data log it and they take that as a risk analysis in their own work,” he said.
Another attendee added that airlines were increasingly rejecting medical shipments that are booked using the wrong product.
“A lot of it is to do with the knowledge that is spreading, in addition to the regulations that are out there,” he said.
“It is also to do with the airlines in many cases rejecting pharma shipments that are not booked under the right code or product.
“But people still ship it as general cargo when they know it’s pharmaceutical and the airlines give it the extra attention anyway but don’t charge for it.”
* Air Cargo News will include a full conference report in the next issue