Cargo pilots take protest over pay and conditions to Trump 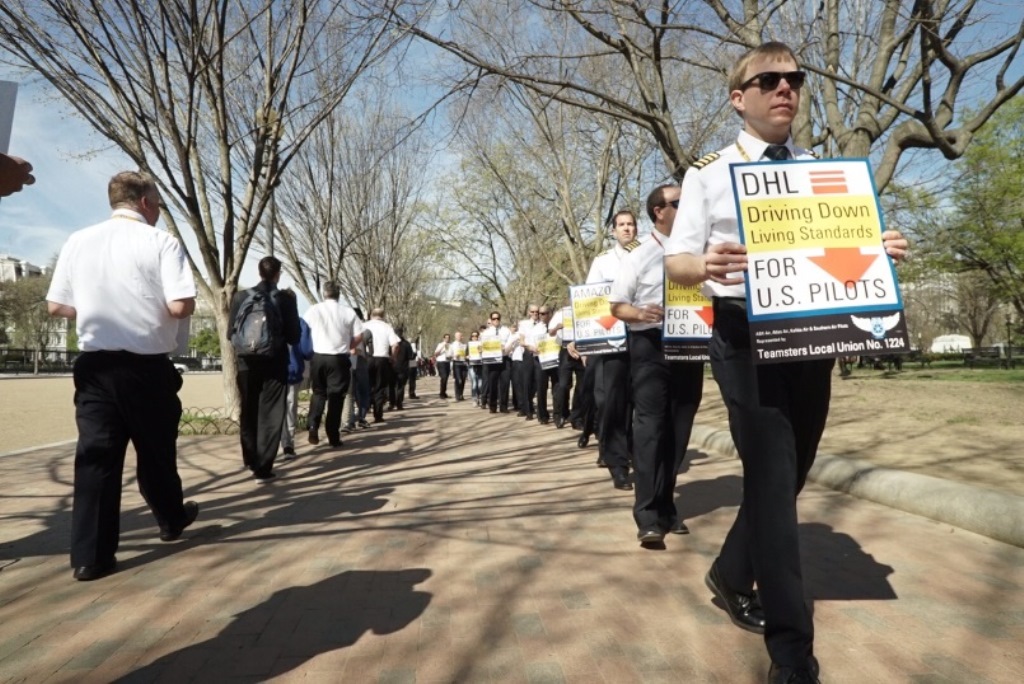 Pilots at airlines flying on behalf of DHL are taking a dispute over pay and working conditions to US president Donald Trump.
In an open letter to Trump, the Airline Professionals Association, Teamsters Local 1224, accuses DHL of lowering US industry standards in pay and quality of life, pointing out that Atlas Air, Southern Air, Polar Air, ABX Air and Kalitta Air are responsible for around 70% of DHL’s global flying.
“We take tremendous pride in supplying our communities with the goods they need, but we cannot continue to work under the influence of a foreign company that is destabilizing the livelihoods of American pilots and manipulating the law,” the letter said.
“This foreign influence is driving down wages and benefits and undermining standards set by American shipping companies such as UPS and FedEx.
“DHL’s blatant disregard for the standards that have long defined America’s piloting tradition has serious consequences.”
The union said pressure to meet DHL’s demands was forcing pilots to fly longer hours than at other airlines and also resulting in them looking for jobs at other airlines.
Other companies were now following DHL’s lead, the letter read: “Following the German company’s lead, Amazon hired our airlines to service its new Prime Air delivery operation at the low standards set by DHL, rather than those set by UPS and FedEx.”
In response to the letter, DHL said: “DHL is one of a number of customers of the airlines concerned and we therefore don’t believe it would be appropriate for us to comment on the letter, particularly against the background of ongoing discussions between the airlines and their employee representatives.
“DHL is committed to our customers, partners and operations in the US. We have continually invested in people, facilities and network in the US in recent years.
“For example, we are currently in the process of filling 900 new positions at our Americas Hub at the Cincinnati Northern Kentucky Airport, where we have invested $280m since 2009.”
Pilots flying for the airline also yesterday (April 5) held protests outside the White House.
The pilots – many of whom are veterans and reservists – held signs reading, “Mr. President – U.S. Pilots Need Your Help,” “Make the Airline Industry Great Again” and “DHL – Driving Down Living Standards for U.S. Pilots.”
In a statement, the union also pointed out that in 2008, DHL closed down its big air hub at Wilmington, Ohio, having a major effect on the local economy. The express services giant instead outsourced its flying to cargo carriers like Atlas and Kalitta.