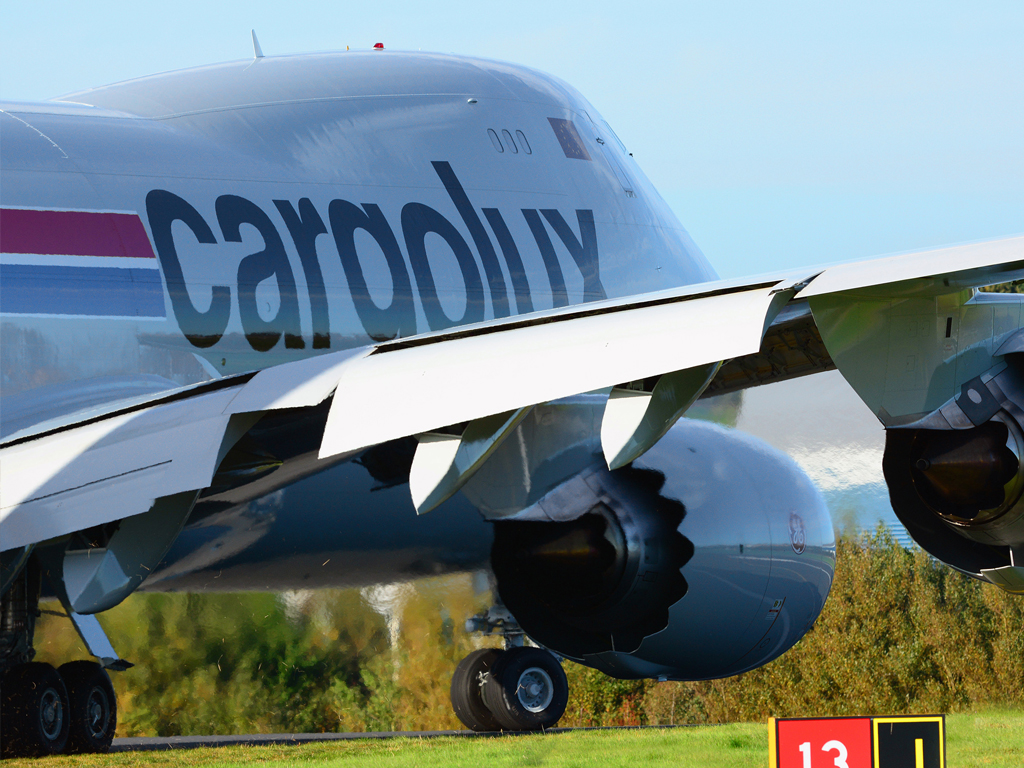 Cargolux has  became the first operator in the world to fly a million hours with GE’s new GEnx engine. The Luxembourg-all cargo has the engines fitted to its 747-8F freights, which went into service five and a half years ago.
Described as “a giant leap forward in propulsion technology, using the latest materials and design processes to reduce weigh and improve performance”, Cargolux has experienced no in-flight shutdowns since their entry into service.
Cargolux executive vice president, maintenance and engineering described the million flight hours-mark as “a tremendous achievement, both for GE and Cargolux. Our confidence in the GEnx has well paid off, even if we had to work around some teething problems with the engine that are perfectly normal for such an innovative design. GE’s support team has been extremely helpful in getting things on track and our 747-8 freighters benefit from the superior performance of this powerplant.”
Cargolux’s freighters flew record numbers of block hours during 2016 and, as a leading operator of Boeing’s 747-8F, the airline routinely achieves a record-high fleet utilization figures. The GEnx-equipped 747-8Fs  have also achieved double-digit improvements in fuel consumption and carbon emissions, says the carrier.