Qantas boosts services to South America and the USA 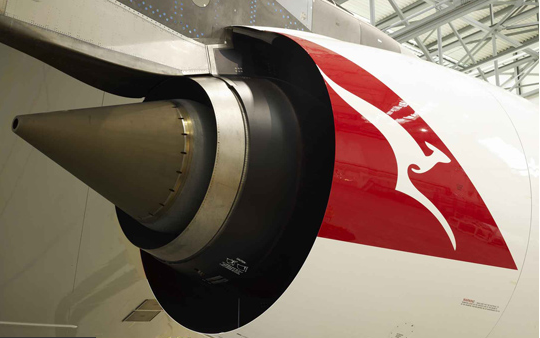 QANTAS is to augment its services between Melbourne and Los Angeles, and Sydney and Santiago, Chile, early next year, as part of the Australian flag-carrier’s desire to increase scheduled passenger aircraft utilisation, writes Thelma Etim, deputy editor.
From January, it will boost its daily Melbourne-Los Angeles A380 service to 10 times a week.
The airline’s Sydney-to-Santiago B747 route will increase from three to four a week in February, reveals Qantas chief executive Simon Hickey.
The new services are the result of “some schedule adjustments across the Pacific allowing for increased B747 flying time – one of the key elements of the Qantas Transformation Program announced earlier this year,” hdd states.
“As part of our strategy to build a stronger Qantas, we’ve introduced a new approach to aircraft utilisation, so we can take advantage of opportunities in the market. It means adjusting our schedules across the network to ensure our fleet spends less time on the ground and more time in the air, as we have done with our new A380 Dallas service starting next month.
“Aircraft are one of our biggest fixed costs, so we continue to look for opportunities across our network to generate revenue.”
Qantas recently entered into a codeshare agreement with LAN Airlines from Santiago to six destinations across South America.