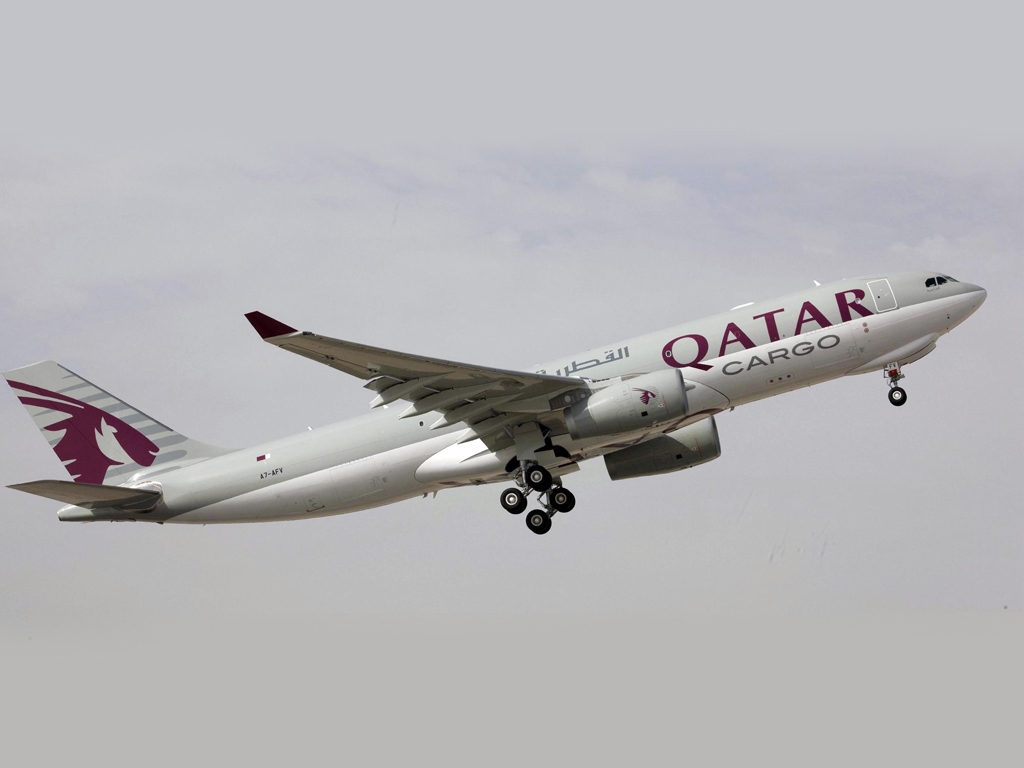 On June 3, the inaugural flight of Qatar Airways’ new weekly Airbus A330 freighter service touched down at Heathrow.
The new service, which returns to Doha via Basel, boosts the carrier’s weekly UK cargo capacity to over 1,500 tonnes – it also operates freighters to Stansted as well as transporting airfreight on its passenger flights to and from Birmingham, Edinburgh, Heathrow and Manchester.
Ulrich Ogiermann, Qatar Airways chief officer cargo, said: “The commencement of the freighter services to London Heathrow marks our sixth new freighter destination for 2017 and boosts our current bellyhold capacity available on 72 passenger flights to the United Kingdom every week. We are expanding our network globally, offering customers direct access to major trade markets such as the United Kingdom via our state-of-the-art fully-automated hub in Doha.”
Those “major trade markets” include electronics and telecoms, vehicles and auto parts, engineering, information technology, pharmaceuticals, biotech and health, and perishables.
The other five locations added to the airline’s freighter network so far this year are Buenos Aires, Sao Paulo, Quito, Miami and Phnom Penh. Growing demand has also led to increased frequencies to Brussels, Basel and Hong Kong.
The carrier’s Pharma Network, meanwhile, is also being expanded with the addition of Colombo (Sri Lanka) on May 15, and Dublin (Republic of Ireland) commencing June 12 with its new Boeing 787 Dreamliner flights.
Qatar Airways said its overall tonnage increased by 21% in 2016, compared with the previous year.
The airline is currently subject to a flight ban in several Middle Eastern countries as a result of a diplomatic row. Its services to the Kingdom of Saudi Arabia, the UAE, Egypt and the Kingdom of Bahrain are suspended and its offices in Dubai, Sharjah and Riyadh have been closed.