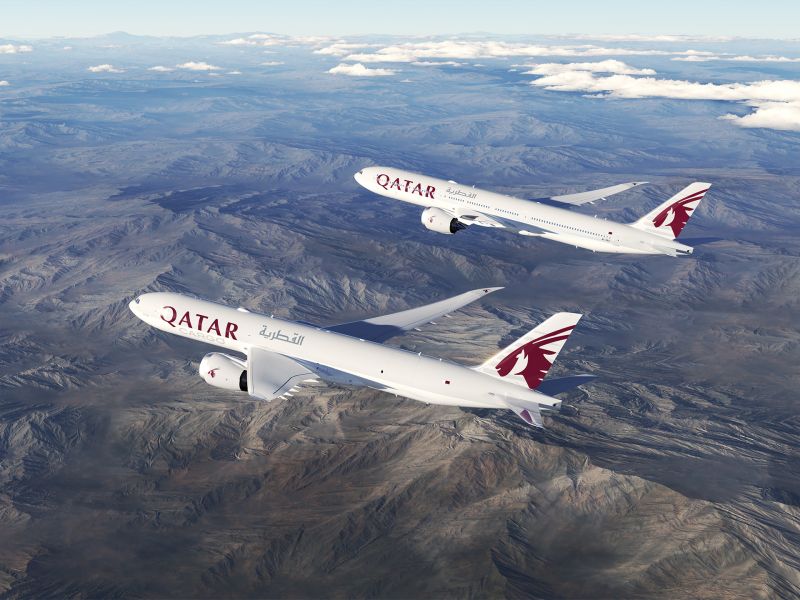 Qatar Airways has announced a new order for GE9X engines as part of its global launch order of up to 50 Boeing 777-8 freighters.

Boeing’s agreement with Qatar includes 34 firm 777-8 orders and an additional 16 purchase right options. In addition to the GE9X engines, Qatar has also struck a deal with GE for GE90 engines for an additional order of two Boeing 777 Freighters.

The total value of the order with GE is more than $6.8bn including spare engines, a new order for GE90-115B engines, and a TrueChoice services agreement to cover the maintenance, repair and overhaul (MRO) of the engines.

Both the GE9X and GE90 are compatible with any approved Sustainable Aviation Fuel (SAF).

Incorporating a suite of propulsion technologies unique to GE, the GE9X offers up to 10 per cent lower specific fuel consumption compared to the engine it replaces.

Qatar Airways Group chief executive, Akbar Al Baker, said: “As operators of the Boeing 777 family, including the global launch customer of Boeing’s 777-8 Freighter aircraft, we are delighted to have GE as our partners and these contracts for GE engines further cement the strong relationship between Qatar Airways and GE.”

Last year, there had been speculation that Qatar Airways could be the launch customer for the A350 freighter aircraft.

However, a bitter dispute between Airbus and Qatar over the A350 passenger aircraft has makes an order for the freighter version from Qatar unlikely for now.