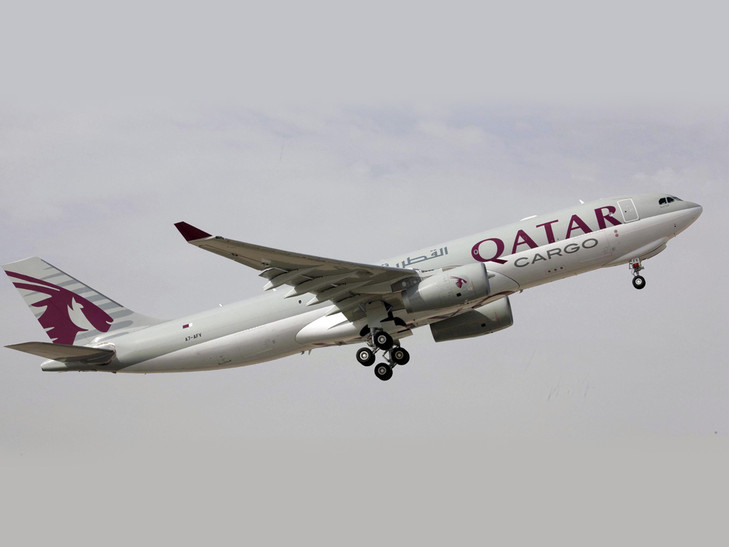 Qatar Airways saw cargo demand surpass the 1m tonne mark for the first time during the last fiscal year, while revenues were also up.
In its annual report, the airline group revealed that in the 2017 fiscal year it saw cargo demand increase by 20.9% year on year to 1.15m tonnes. Cargo revenues for the period increased by 13.5% year on year to reach QR6.4bn.
The increase comes as the airline increased its network during the year, adding six new freighter destinations and the launch of 10 new bellyhold flights. It also increased frequencies to existing destinations.
This year it has added new freighter services to the Americas with flights launched to Buenos Aires, São Paulo and Quito in South America, and Miami in the US. It has also added flights to London Heathrow.
The past year has also seen the airline’s freighter fleet grow. At the end of March 2016, the airline’s all-cargo fleet consisted of eight B777-200Fs and five A330-200Fs.
At the same point this year, its cargo fleet included 12 B777Fs, eight A330Fs and a single B747F. An additional B777F is due to join the fleet during fiscal 2018.
Other developments at the airline include the introduction of online services and the launch of a QR Cargo mobile device app.
Looking ahead, the carrier will soon open an advanced airside climate control centre at its Hamad International hub. In the longer term it is increasing cargo capacity at the airport, from the 1.8m tonnes handled last year to 4.4m tonnes, through the addition of a second cargo terminal.
It is also planning to expand its QR Mail product to cater to the needs of the e-commerce sector.
However, it is not all good news for the airline as it continues to face an airspace ban over Saudi Arabia, the United Arab Emirates, Bahrain and Egypt due to accusations that Qatar (the country) is destabilising the Middle East region – allegations it denies.
Meanwhile, Etihad and Emirates, FlyDubai and Air Arabia have also cut flights to Doha.
However, there are some signs that the closure of sea ports and the Saudi Arabia land boarder could force producers in the region to turn to airfreight.
The Jordan Times reports that exporters of fruit and vegetables are flying 90 tonnes of produce out of the country to Qatar each day to bypass the land boarder closure.
The overall airline saw net profits increase by 21.7% year on year to QR2bn and revenues improved by 10.4% to QR39bn as it continued to expand its fleet and network.