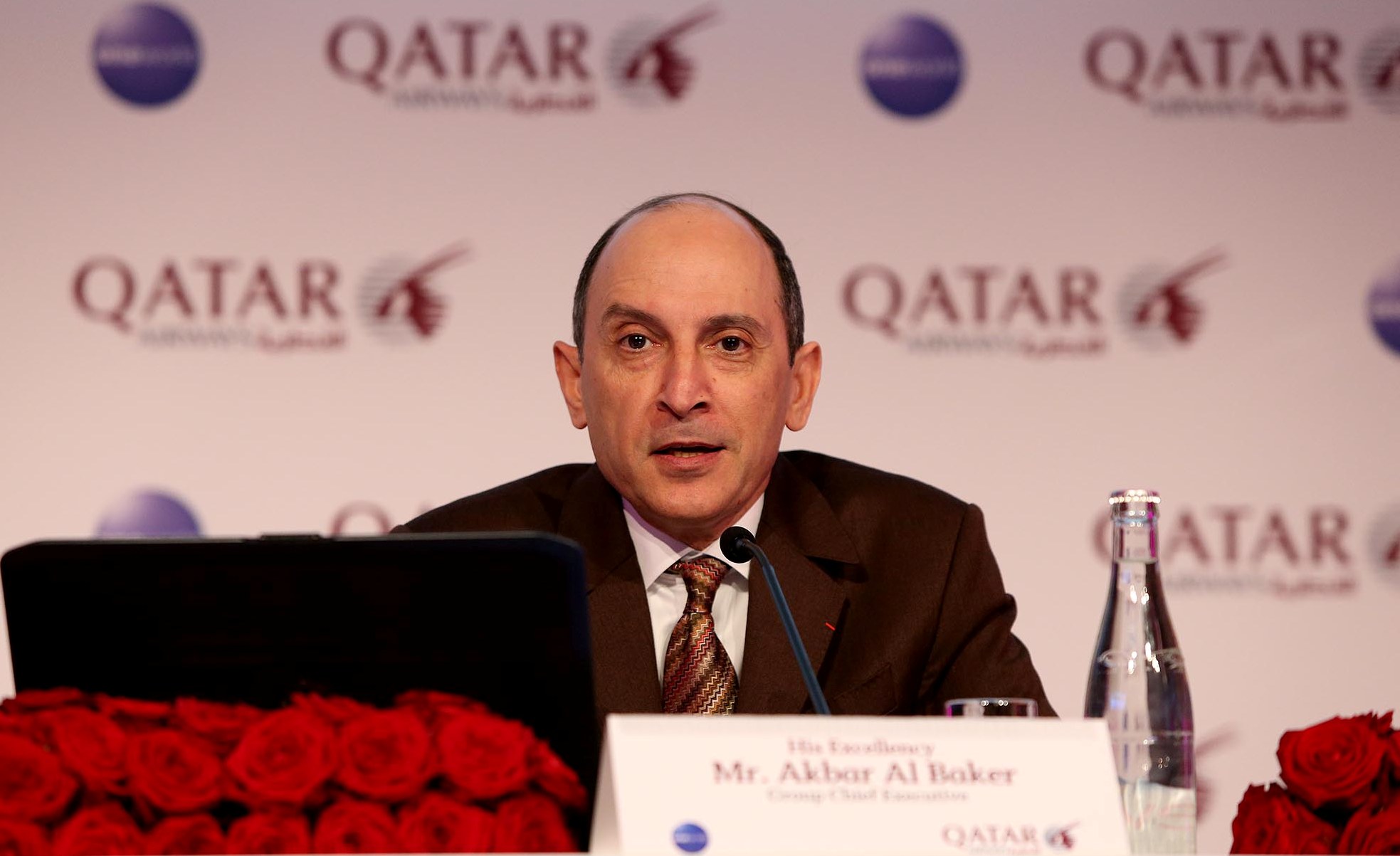 Middle East gulf carrier Qatar Airways has increased its shareholding in IAG, the parent group of British Airways and Iberia, to 20.1%, saying that it does not intend to increase its stake further "unless there are material changes to the current situation".
This latest move follows a gradual stakebuilding by Qatar Airways in IAG, a partner airline in the oneworld alliance, which saw it raise its shareholding to 15.67% on July 12 this year.
At that time, the gulf carrier reiterated that it may consider increasing its stake in IAG further "within the allowable limits". Non-European Union shareholders of IAG are subject to an overall cap on non-EU ownership requiring that EU airlines be majority owned by EU shareholders.
Qatar Airways said today that while its interest in IAG is "purely financial, the increased shareholding reflects the strength of commercial and strategic ties between the companies and evidences the continued support for the ongoing strategy of IAG".
Akbar Al Baker, group chief executive of Qatar Airways, said: "The recent market valuation of one of the world’s leading airline groups has provided what we believe is an attractive opportunity to increase our shareholding in IAG.
"We continue to be highly supportive of IAG’s strategy and management team and we do not intend to increase our percentage shareholding further unless there are material changes to the current situation."
In early July, Qatar Airways signed a deal at the Farnborough Air Show to acquire up to 10% of shares in LATAM, another oneworld alliance member.
At the time, Al Baker, described the move as “an exciting opportunity to invest and support the development of our long-term relationship. As a leading airline in Latin America, and key member of oneworld, this investment provides potential opportunities for Qatar Airways’ global network, alongside our successful investment in IAG".
The South American carrier will also hold an extraordinary shareholders meeting no later than September 2, to propose a capital increase of $613m by issuing new shares at $10 per share. The transaction is expected to be completed by the end of 2016.
In mid-July Qatar Airways signed an agreement with Alisarda to buy 49% of its subsidiary Meridiana, Italy’s second largest airline. The deal is subject to conditions and is expected to close in early October.