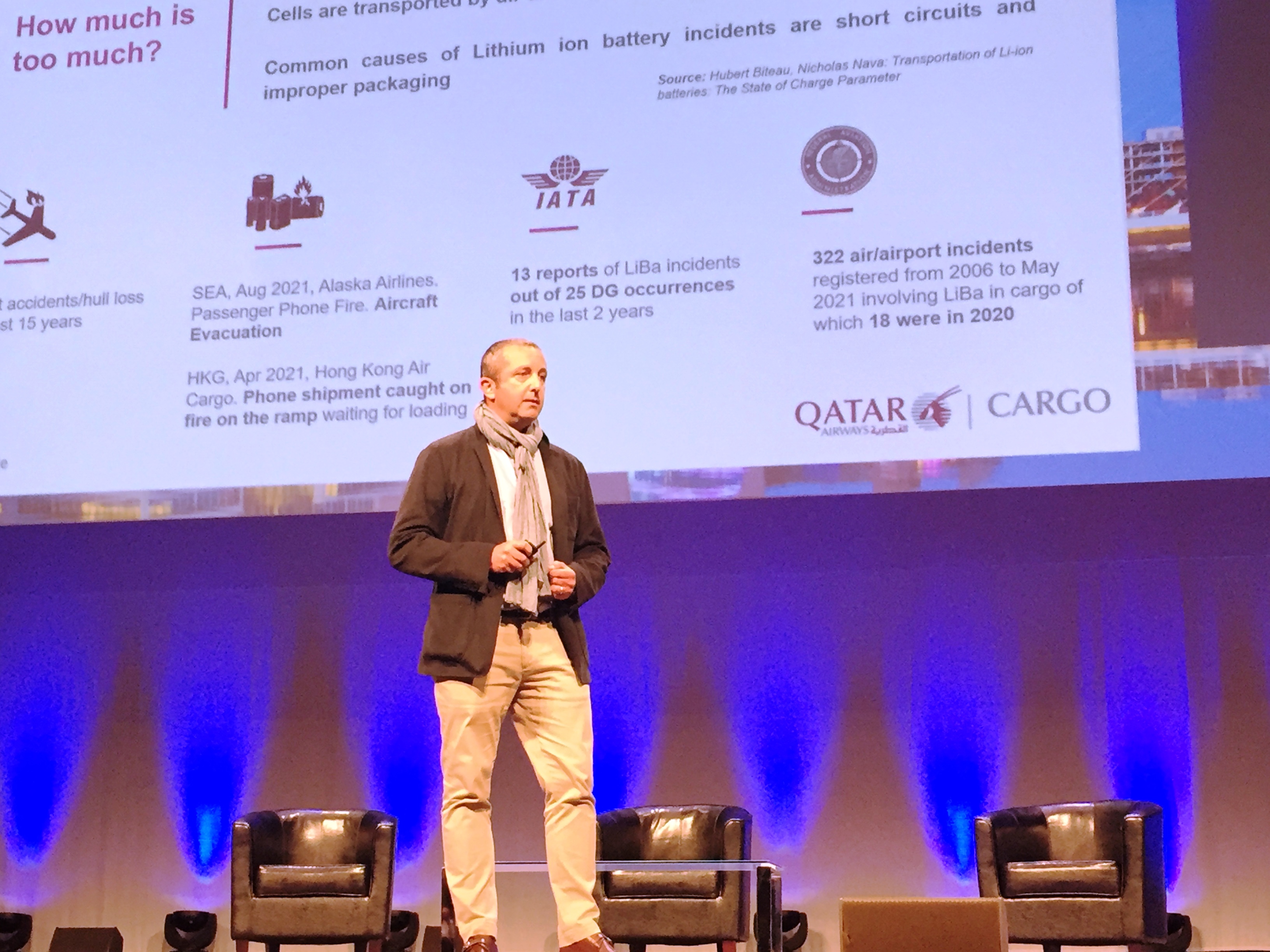 The common denominator in each of these incidents was the mis-declaration of goods, making it hard for any supply chain players to pick up on the risk.

He added that industry-wide there has been four incidents in the last 15 years that have resulted in hull loss and in some of these instances the loss of life.

There have also been 322 air/airport incidents registered from 2006 to May 2021 involving lithium-ion battery cargo of which 18 were in 2020.

Halleux advocated the screening of cargo for lithium battery shipments to solve the issue of mis-declaration.

However, he said this process needed to be implemented at a regulatory level and not left to individual airlines to introduce the stricter screening process.

Halleux explained that carriers acting individually would be at a commercial disadvantage to those that do not because of the cost and time it takes for the additional level of screening.

“I have been voicing this issue for three years and I am concerned that it might take one crash one day and the loss of 300 people for the regulators to finally wake up,” he said.

“God forbid if that happens they will turn to us, the aviation industry and they will tell us ‘you knew about this, what did you do?’.”

Halleux added that regulators had acted to quickly implement new security requirements in the past – outlining the two months it took to ban passengers from taking liquid into the cabin following a bomb incident.

“We need to reach out to the regulators as we need a level playing field.

“It took the regulators in the world less than two months ten years ago when one person tried to blow up a bomb in a flight from Paris to New York.”

The dangers presented by lithium-ion batteries was one of the key topics on the first day of the event.

During the day, IATA also revealed that it had developed CEIV Lithium Battery programme that aims to improve the safe handling and transport of lithium batteries across the supply chain.