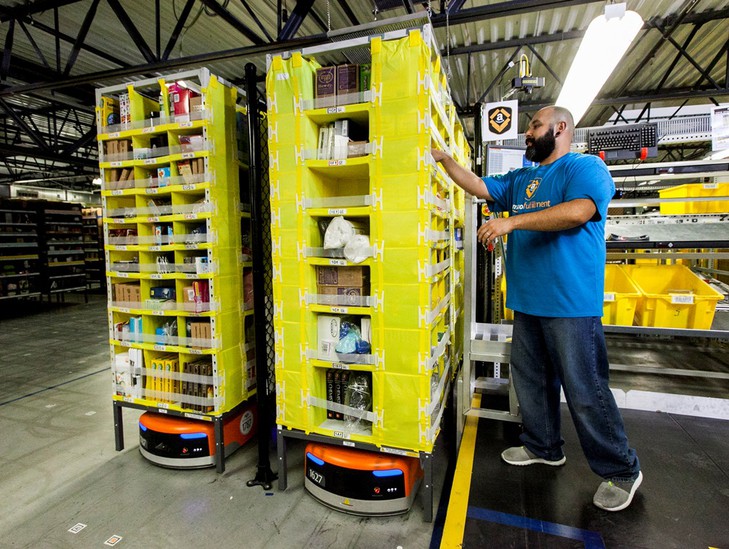 E-commerce giant Amazon has reportedly set up an air cargo operation in Europe as it looks to avoid shipment bottlenecks during the peak season, following on from its rumoured set-up in the US.
The UK’s Evening Standard newspaper reports that Amazon has been chartering flights between Poland, Germany and the UK since mid-November using a Boeing 737.
The report suggests that Amazon has been flying five times a week from Katowice in Poland to Luton, East Midlands or Doncaster airports and then back to Poland via Kassel in Germany.
The operation is being run in co-operation with German logistics operator DB Schenker and Amazon is understood to be looking to extend the trial to Spain and Italy, the report said.
The airports are all located close to Amazon distribution centres.
However, sources have indicated that the charter of the single aircraft was a temporary contract to cover the peak Christmas period.
Therefore suggestions that the e-commerce giant is set to launch its own ongoing air cargo operation in Europe on the back of the temporary service remain speculation for now.
The rumours follow on from reports of Amazon setting up an air cargo operation in the US.
Reports suggest that Amazon is to acquire up to 20 B767 freighters from Boeing in order to launch an overnight US domestic delivery service for its packages.
In recent weeks, Amazon has also been running its own airfreight operation in the US out of Wilmington, Ohio, through lessor Air Transport Services Group (ATSG) and subsidiary ABX.