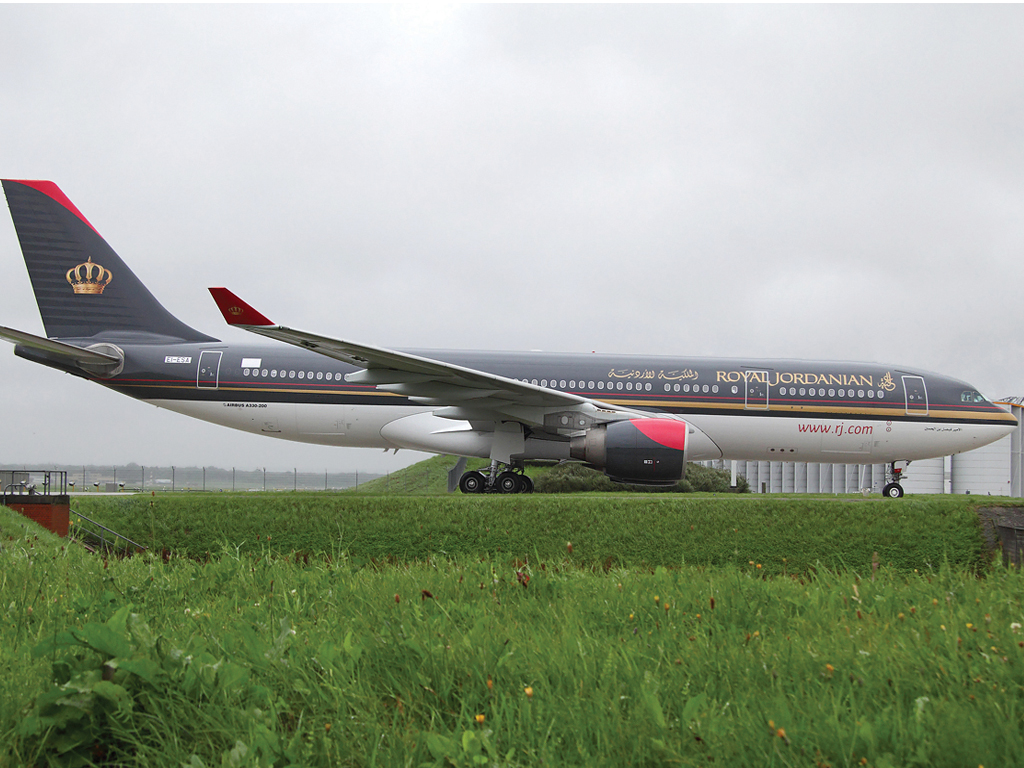 Amman-headquartered Royal Jordanian (RJ) has revealed that the carrier made a net profit before tax of JD21 million (US$30 million) last year, while in 2014 it had registered a net loss before tax of JD49.5 million (US$70 million). The net profit after tax for 2015 was JD16 million (US$22.6 million), while in 2014 the company had registered JD39.6 million (US$56 million) in net losses.
RJ chairman Suleiman Hafez attributed the improved figures in part to the launch of the carrier’s business plan for the 2015-19 period. This plan focuses on an ongoing renewal of the fleet and review of the route network, restructuring in all areas of the business, taking measures to increase revenues and reduce operating costs, working to increase the company’s market share and looking for available growth opportunities, all the while improving quality of service and maintaining the airline’s “leading position in the Levant”.
As part of the measures to improve efficiency, RJ has closed a number of stations – namely, Delhi, Mumbai, Colombo, Lagos, Accra, Milan, Alexandria and Al-Ain. However, RJ has also opened up new destinations, such as Tabuk, Najaf, Ankara, Jakarta and Guangzhou, the last of which will be launched next week.
Flights to eight destinations are still suspended for security reasons; they are Damascus, Aleppo, Mosul, Tripoli, Benghazi, Misrata, Sanaa and Aden.
Royal Jordanian Cargo’s vision is said to be the same as its parent airline: to become the airline of choice, connecting Jordan and the Levant with the world.