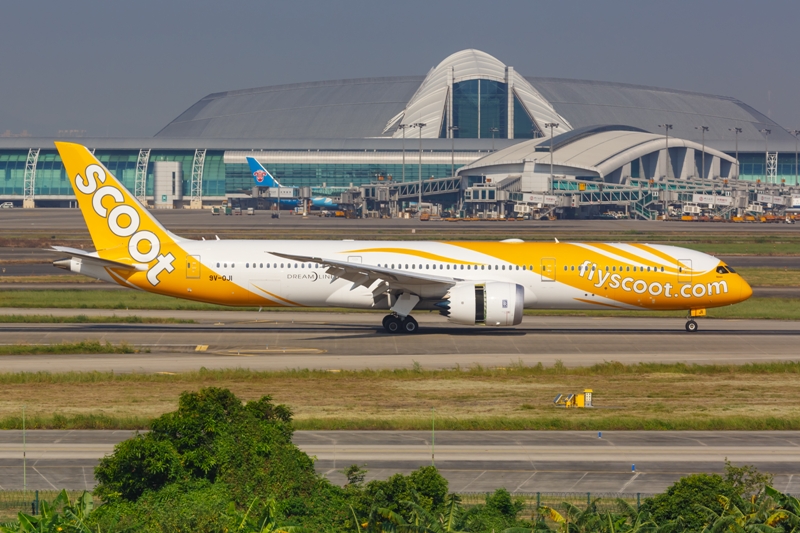 The flights will operate from Singapore to Guangzhou and Nanjing utilising Boeing 787-9 aircraft, which offer a cargo capacity of around 54 cubic metres.

The Nanjing and Guangzhou freight charter flights will be operated on a turnaround basis without cabin crew or passengers on board.

“As a precautionary measure, masks and gloves will be uplifted on these charter flights to Guangzhou and Nanjing in case they are required by the pilots,” Scoot said in a statement.

“Ground crew handling the aircraft and pilots performing external aircraft checks will be in full protective gear. If local staff in Guangzhou and Nanjing are required to enter the aircraft, they will do so in masks and gloves. The aircraft will also be fogged with disinfectant upon arrival in Singapore.”

Scoot is not the only airline considering operating its passenger aircraft on cargo-only flights.

Earlier this week, Cathay Pacific Cargo said that it was considering taking similar steps on its services to Japan.

Parts are being flown around Asia as factories in China slowly begin to ramp up operations following extended New Year holiday closures as part of efforts to contain the coronavirus.

However, shippers are faced with the issue of a lack of cargo capacity because so many passenger services have been axed due to a lack of passenger demand.

This capacity crunch is in turn causing airfreight rates to spike.

Freight forwarder Agility said that more than 6,200 tons of cargo capacity has been removed from the daily market per day.

Agility said that Etihad and Cargolux are adding intra-Asia freighter services to cater for demand.