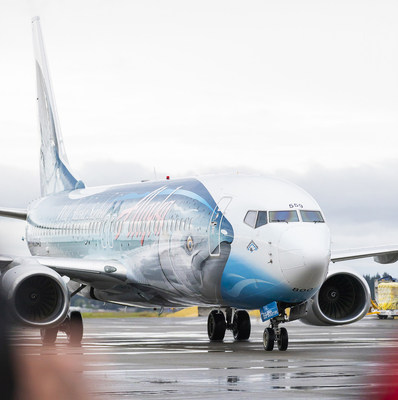 On 17 May, about 18,000 pounds of fresh Copper River salmon arrived at Seattle-Tacoma International Airport (Sea-Tac) aboard an Alaska Airlines aircraft.

That day represented the official start of the salmon season and Alaska Air Cargo will be flying large quantities of Copper River salmon to the US Lower 48 states.

Copper River salmon shipped by Alaska Air Cargo arrives fresh at shops and restaurants across the US, thanks in part to the carrier’s own efficient cool-chain processes, including an annual training programme required of all airline employees who handle perishables.

The programme ensures that fresh seafood is handled with the utmost care and quality standards, the freight carrier observed.

Jason Berry, managing director of Alaska Air Cargo, commented: “Supporting the Alaska seafood industry has been a core part of the airline’s history.”

“We hope to see 55,000 king salmon and close to 1.5 million sockeye return to the Copper River this season,” she said.

Every year Alaska Air Cargo partners with the state of Alaska’s three largest seafood processors, Trident Seafoods, Ocean Beauty Seafoods and Copper River Seafoods, to bring the fish to Seattle and Anchorage, Alaska, where it will then be delivered to restaurants and grocery stores throughout the Pacific Northwest, as well as to states further south across the country.

The carrier flew nearly 14 million pounds of fresh Alaska seafood to the Lower 48 states and beyond last year, including more than 85,000 pounds of Copper River salmon.

Alaska Air Cargo transports more than 170 million pounds of cargo a year – mail and freight of all kinds, not just seafood – and, it says, operates the most extensive airfreight operation on the US West Coast of any passenger airline.