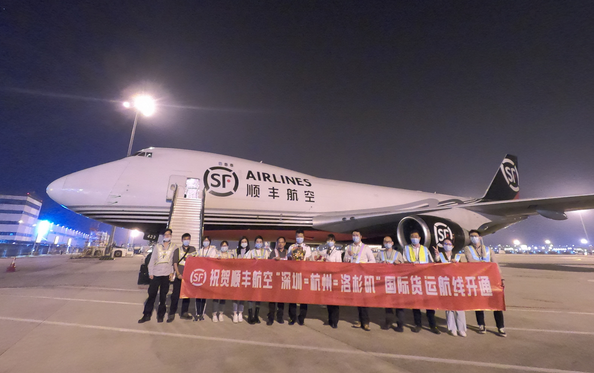 Express carrier SF Airlines has launched a new service to the US, while it has also continued with its fleet expansion.

The service started on November 7 and is operating on a rotation of Shenzhen-Hangzhou-Los Angeles, utilising Boeing 747-400 capacity.

The two locations in China have an “active import and export trade, a high degree of clustering of manufacturing industries, and strong demand for air cargo,” SF Airlines said.

The carrier also operates a direct Los Angeles to Hangzhou route and also a service to New York.

The addition of flights to the US comes just days after the carrier added services to Frankfurt as it continues to expand its international operations.

It has also been adding to its fleet. On November 10, the carrier completed the conversion of its 61st aircraft, a B757-200F.

The aircraft joined the fleet just in time for the 11/11 shopping festival, while Black Friday (November 27) also looms on the horizon.

SF Airlines is currently the largest cargo airline in China, with a fleet of 61 aircraft, serving more than 70 cities.