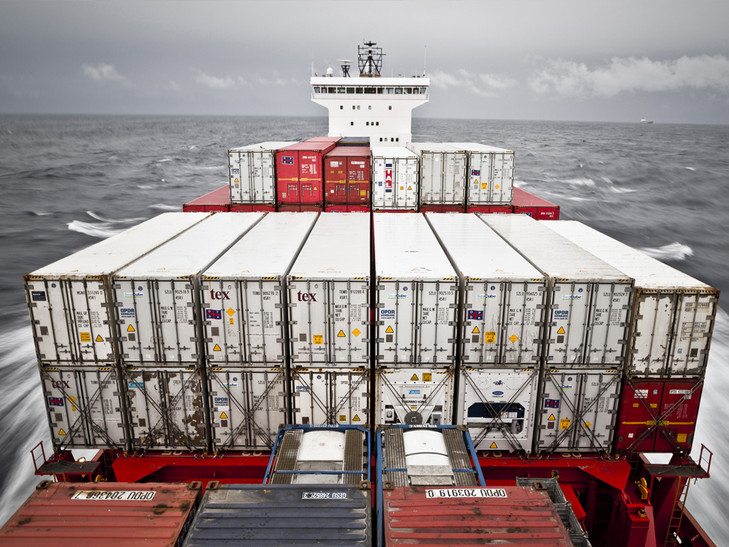 The European Shippers’ Council (ESC) has revealed it will set up a temporary observer group composed of representatives of European exporters to monitor the ongoing ocean capacity shortage on services from Europe to Asia.
Massive delays have arisen of late in maritime container shipping, in part because of the bankruptcy of Hanjin, the merger of Japan’s three major container carriers and industry consolidation in the form of significant structural changes in container shipping line alliances.
The first signals of a market disturbance were observed last November, with an increase of blank sailings, and the ESC was asked by representatives of national shippers’ councils, as well as by individual export companies, to organise an emergency meeting to address the current problems – which have seen European exports having to wait for up to eight weeks to be loaded onboard ships.
The capacity available today is insufficient to take all the shipments needing to be moved, ESC said.
Furthermore, shipping lines are providing no guarantee that all the goods making up a shipment will be loaded, it noted. Frequently, some goods from a shipment are being left in port.
At the same time, spot market freight-tariffs are on the rise.
These developments are forcing many traders to cancel their existing sales contracts and limit further sales, an ESC statement pointed out.
ESC said that this represents “a reason to worry about European exports and the negative consequences for the competitiveness of European economy”.
The ESC’s emergency meeting took place last week. It considered such questions as: Is the present situation a natural result of the market adjusting to capacity changes in the maritime sector? Is it an artificially created scenario by certain shipping lines, to increase their profitability? And How long will it last?
However, the emergency meeting was unable to provide any instant answers.
The ECS’s temporary observer group will analyse changes in capacity, delay times and fluctuations in rates. The data collected will then be used to decide on possible next steps.
The ESC said that it will be “regularly informing press and competent authorities of intermediate and final results of this exercise”.
Clearly, these problems in maritime shipping will have their knock-on effect in the airfreight sector.
Air Cargo News reported in late March that a surge in airfreight demand on the Europe-Asia trade had seen IAG Cargo suggest that a capacity crunch in ocean shipping is forcing shippers and forwarders to switch transport modes.
IAG Cargo said that it had seen a boom in demand on key routes from Europe into Asia over the first two months of the year.
Other carriers also said that they had seen demand increase in the first part of this year, although they did not necessarily link this to a shortage of maritime shipping capacity on the eastbound Asia-Europe trade.
“Demand for our air cargo services especially on the lanes between Europe and Asia but also on the transatlantic routes has developed notably in the recent past,” a Lufthansa Cargo spokesperson informed.
And Cargolux added: “Overall, we see strong demand for Asia, both east and westbound. We monitor this weekly to adapt our services to the demand.”
How big the knock-on effect on the airfreight business is today, and how big it will be in coming weeks, is unclear.
When asked if the situation in seafreight would cause a shortage of air capacity, ESC said it was unlikely in the short-term but could well be the case if the situation persists.
A spokesperson told Air Cargo News: “If the problems continue, on the longer term, you would see shippers moving more to airfreight, which will eventually lead to a capacity problem in airfreight as well and a price hike.
“We have seen that in the second half of 2016 with the demise of Hanjin, shippers moving to air leading to capacity issues in air freight from Asia to Europe.
“If the situation goes on for several weeks, then more and more shippers will be forced to shift more and more goods, then problems may arise.”