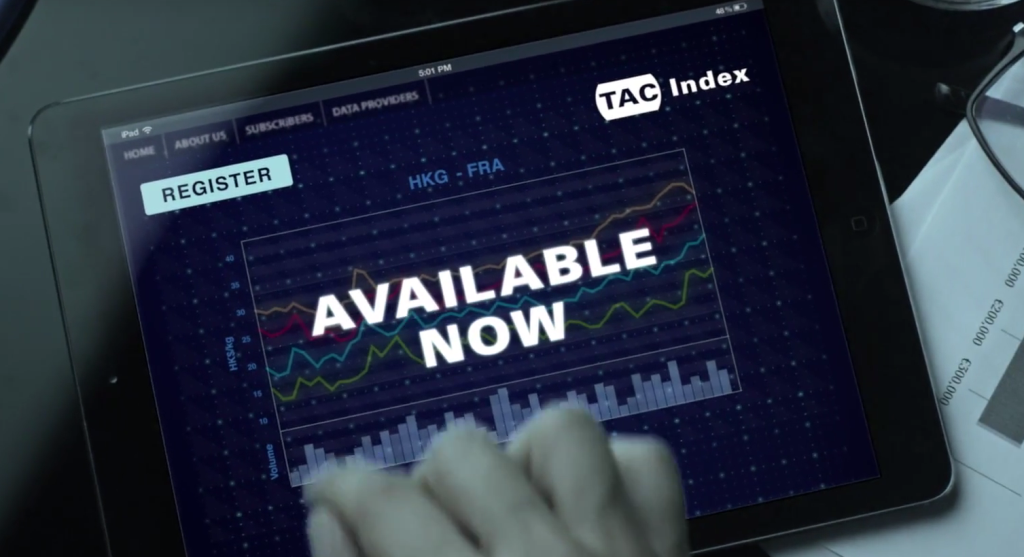 A new air cargo freight rate index is set to provide transparency on general cargo pricing on key city pairs.
Aimed at shippers, freight forwarders and financial analysts, the TAC Index is a weekly snapshot compiled on actual physical transactions for selected air cargo routes.
"Air Cargo is taking a step closer towards integrating with the global commodity markets," said TAC Index MD Peyton Burnett.
The team behind the project, including Panalpina’s former head of airfreight Robert Frei stated that "airport-to-airport routes, initially out of the key air cargo hub Hong Kong to Los Angeles, Chicago, New York and Frankfurt, will soon be followed by more country hubs and routes."
Said Frei: “For shippers, there are no airfreight benchmark rates out there in the market and the only way to find out price levels is to issue requests for tenders which are very expensive and cumbersome."
“The tenders provide only a look at the rate at any specific time and then you try to lock it in with the other party for three, six or 12 months, but it is still artificial. Our index provides weekly information."
“For the forwarders it is interesting to know the volatility of the rates and how their internal procurement benchmarks against the entire market; so this data is for them very valuable.”
Freight forwarders providing data are able to see, for free, the aggregated trade lanes for those specific routes. Shippers and analysts have to pay for the service, with “early adopter” subscribers paying $2,000 per annum in one instalment, or for the monthly rate of $185.
The product consists of anonymised, aggregated data which cannot be reverse engineered.
Burnett of TAC Index said that the index uses algorithms to eliminate any statistical anomalies, such as minimum and express shipments, to give a “truer representation of the market”.
Burnett said that phase one of TAC Index has a sufficient number of forwarder data to publish a dollar per kilo rate, adding: “We need a few more forwarders and then we can publish the total weekly tonnage as well which gives a fair idea of what our dollar per kilo rate represents.”
Asked who will buy the service, Burnett identified two logical subscriber bases: “Our model is split into two parts. We are looking primarily at shippers, but we will also target the financial services for structured products and exchanges.
Although there has been no marketing of the index so far, industry word of mouth has seen a number of shippers in the high tech, garments and perishables airfreight sectors express an interest.
One shipper of precious metals has also been in touch. Said Burnett: “The precious metals shipper said that there is nothing like this index in the market."
“He just wants to know what the market trend is for a general cargo, if the airfreight rates are going up or down, and by how much. He can then cost it out accordingly, how much his airfreight should be, based on his own levels.”
Added Frei: “Our index is focusing on general cargo only, so we do not have any perishables or temperature-controlled rates in there."
“But it is a fact that perishables and temperature-controlled cargo are normally within the same brackets, a few percentage points up or down."
“If there is enough interest later on for such sectors, and freight forwarders are able to provide the data separately, then we might be able to publish that as well.”
Further on, the index may allow banks and investor analysts to have a better feel for the air cargo industry, while also providing the opportunity for the hedging of airfreight rates, similar to those risk management instruments used for sea freight and fuel.
Said Frei: “The logistics industry plays an important role in global trade. But when it comes to comparing the capabilities of different companies there is nothing for the analysts, the investors and CFOs to measure their procurement or targets against the competition. This index would be very helpful in that regard.