Singapore Airlines has no plans to scrap freighter fleet 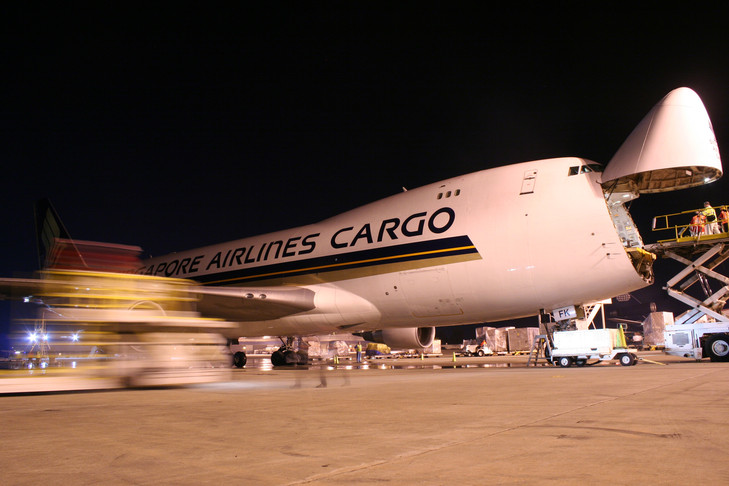 Singapore Airlines has no plans to increase or decrease its freighter fleet this year as it sees a future for both bellyhold and maindeck capacity.
Speaking following the publication of its 2014 results, the southeast Asian airline said that it currently had a fleet of eight freighter aircraft, all of which are B747-400s, but said it had no plans to step back from offering freighter aircraft, unlike some of its rivals, or place orders for new aircraft.
Singapore Airlines executive vice president for operations Ng Chin Hwee said: “We have actually eight operating aircraft.
“And we think that we are about there, based on the demand that we foresee. So there’ll be no change in the actual number of aircraft that we intend to operate for this coming year.”
He added that the company felt that bellyhold and freighter capacity played a complementary role.
“With bellyhold alone it will be hard to find the right balance to make sure that all our bellyhold flights are optimised,” he said.
“And hence the need for having freighters. So they form a crucial part of this whole feed. In fact, more than 50% of our cargo is transhipment. So therefore the bellyhold and the freighters do play a very vital synergistic role for each other.”
Despite the fuel savings more modern aircraft are able to offer, there were also no plans to rejuvenate its cargo fleet.
“At the end of the day, whilst new planes offer advantages in terms of fuel savings, they come with a price as well,” he explained.
“So we do not think at this point in time, the trade-off tips in our favour right now.”
Moving onto demand forecasts for the year, Hwee painted a mixed picture. He said that Singapore Airlines had taken advantage of the US west coast port situation and there was a “general pick-up in demand”.
However, there were some concerning indicators pointing to a slowdown in the US and China.
According to Chinese government figures, the country’s exports unexpectedly fell 6.4% in April from a year earlier, while imports slipped by 16.2%.
SIA Cargo made a S$22m operating loss in the 2014-15 financial year, compared with a S$100m loss in prior year as it benefited from a “moderate recovery” in air cargo demand and “diligent capacity management”.
The Singapore carrier’s cargo load factor improved 0.8 percentage points to 63.3% for the twelve months ending March 2015, with yield remaining "largely flat" and unit costs declining 2.3% year on year.
Asked whether the airline was targeting profitability for its cargo division in 2015, Hwee said that yields this year remained “somewhat challenged” as a result of excess capacity.