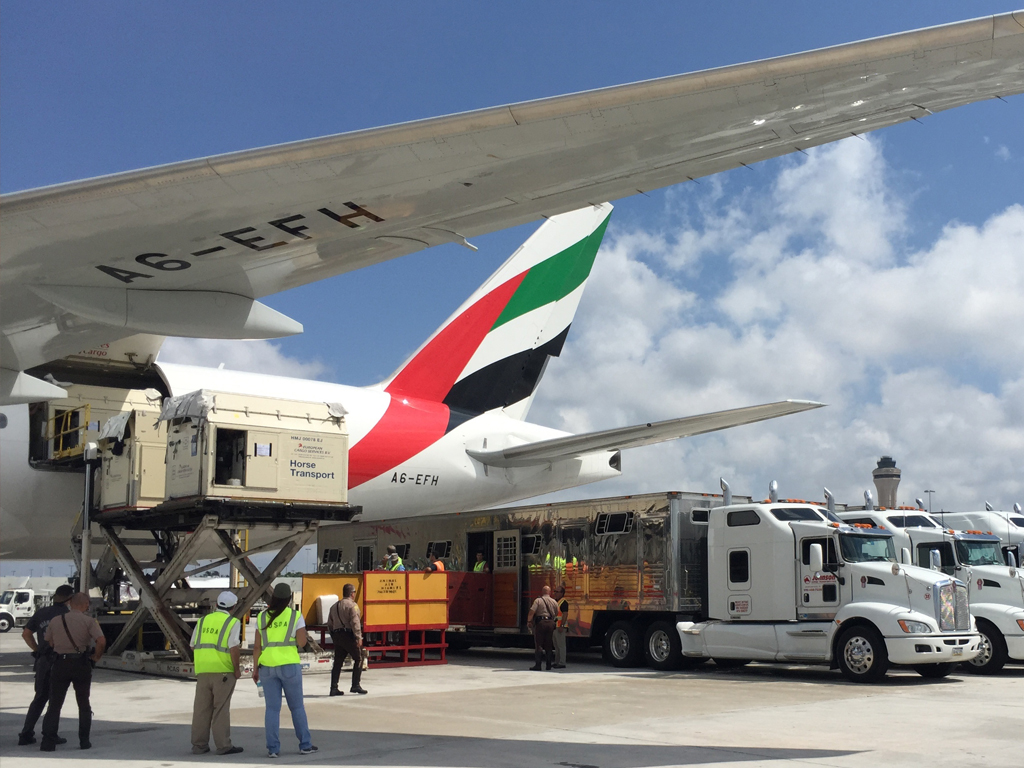 Dubai-headquartered Emirates SkyCargo transported almost 100 show jumping horses from Liège in Belgium to compete in the first three legs of the Longines Global Champions Tour in Mexico City, Miami and Shanghai between March 31 and May 2 2017, on board 10 Boeing 777  freighter flights.
The horses, which weighed between 600 kg and 650 kg each, were transported in custom-designed horse stalls and accompanied by 11 grooms and 30 tonnes of equipment on two 12-hour flights from Liège to Mexico City on March 31 and April 1 for the first part of the competition. A three-hour journey took them on to Miami for the second leg of the tour before they were flown back to Liège on April 16.
On April 22 and 23, three Emirates SkyCargo flights transported 96 horses, 27 grooms and 15 tonnes of equipment from Liège to Shanghai, bringing them back at the beginning of May.
The carrier, which regularly flies champion horses around the world for equestrian competitions, worked with horse transportation specialist Peden Bloodstock to manage this complex and time-critical operation. The presence of dedicated, trained staff on the ground at each destination ensured the animals’ wellbeing and comfort.
Earlier this year, Emirates SkyCargo moved a number of racing horses to Dubai for the Dubai World Cup championship; its equine facilities at its Dubai World Central hub include a dedicated horse ramp for boarding horses.