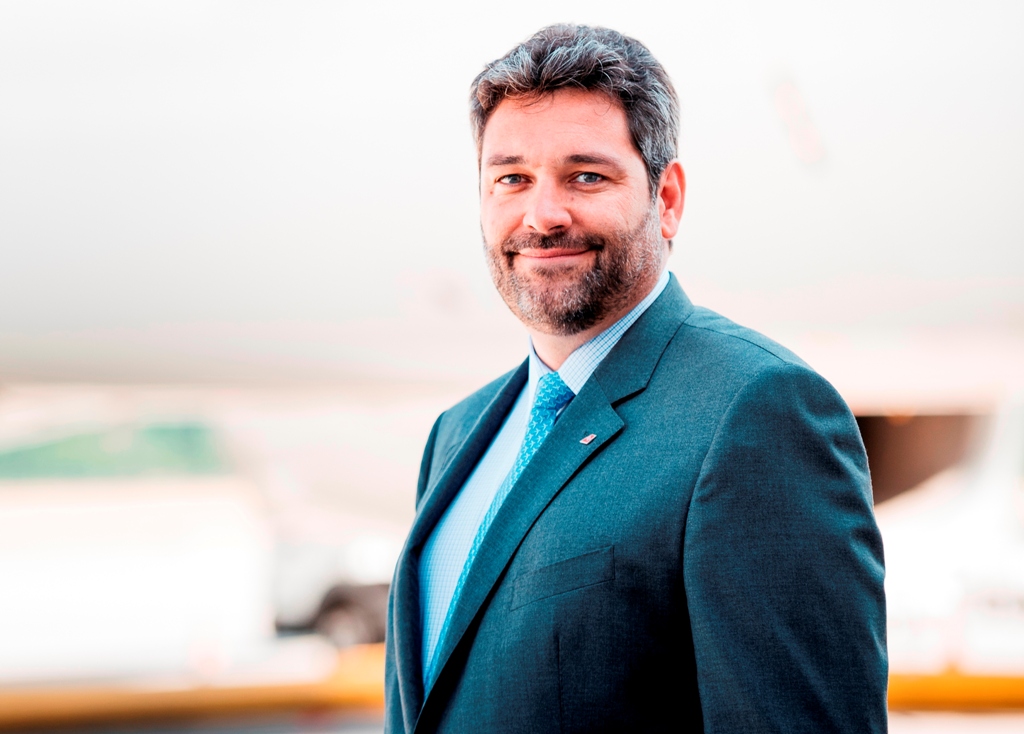 A focus on customer requirements is a common thread throughout the career of Lorenzo Stoll, who took over the controls at Swiss WorldCargo on April 1.

Stoll first joined the airline in 2013, heading up its Geneva operations, which mainly consist of short-haul passenger flights.

At that point, the Geneva business was a loss maker and Stoll and his team were given the task of turning the situation around, something they achieved five years later.

Stoll tells Air Cargo News this was partly down to the arrival of more modern and efficient A220s to the fleet, but also because of a focus on the customer.

He says the team broke the airline’s passengers down into various segments and then worked out how they could offer value-added services that customers would be willing to pay a premium for.

For example, Stoll says that many customers flying for work book an economy seat but are willing to pay extra to gain access to lounges ahead of a flight, so this is a service the carrier began to offer.

“We introduced all these little things enabling customisation and that made a big difference,” he says. “As well as a lot of marketing, the right communication, the right schedule, the right network, with the right frequencies, which is the basics of the airline.”

Before joining Swiss, Stoll spent 12 years working for Nestle and he also had a customer focus at the multinational food and drink giant.

He explains that for seven years he worked as chief commercial officer at Nestle Waters and creating supply chain efficiencies tailored to the customer was a key with such a bulky and low-value cargo.

“We could figure out some supply chain optimisations in the interest of the customer to reduce the number of deliveries to a warehouse by delivering the right quantity at the right moment by using data flows,” he says.

Stoll says that this customer focus will be something that he brings to Swiss WorldCargo.

“Swiss WorldCargo has a reputation in the market of being very customer focussed and being a boutique belly cargo airline that is able to respond to specific customer needs,” he says.

“My intention is to continue to build on that. I am of the firm belief that this is where you make it happen.

“Processes, digitalisation and infrastructure is all fine, but doing it at a level where the customer says ‘I am going to use Swiss WorldCargo because I know the guys will be there for me to make it happen and should something go wrong – because things do sometimes go wrong — they will do their utmost to fix it as quickly as possible’.

“The role of Swiss WorldCargo in figuring out if we can meet the specific needs of a customer is our strength.”

His initial focus, however, is managing the airline through the current Covid-19 crisis.

He says that while Covid continues to put the brakes on passenger services, Swiss WorldCargo needs to be “agile, nimble and opportunistic”.

The cargo division currently offers a charter operation while some passenger flights are still flying. In the third quarter of this year, Swiss plans to restore its capacities to around 65% of its 2019 levels.

As well as offering all-cargo flights using bellyhold capacity, the airline has also removed economy seats from three of its B777 aircraft to expand cargo capacity. The aircraft will remain in an all-cargo configuration until at least the end of the year, Stoll says.

So once the immediate situation has eased, what are the next steps?

In the medium-term, the cargo division will need to carefully manage the return of passenger capacity and a scheduled network, with possible changes to the structure of networks in a post-Covid world.

Beyond the return of passenger operations, the carrier will continue to focus on the customer.

Stoll says that the specifics of how the carrier will build on its customer focus is something that the team will develop over the coming months and years.

“We will have to further reinforce what we are today,” he says. “Exactly how we are going to do it, I don’t know yet.

“But we want to further strengthen our current position, we will remain a niche, boutique, premium -service provider, it is about how we bring it to the next stage.”