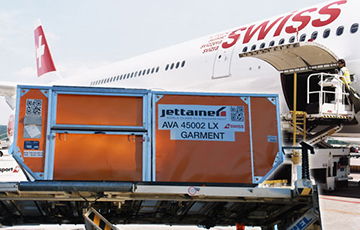 SWISS International Air Lines is to terminate its current collective labour agreement (CLA) with the Aeropers pilots’ staff association because of threats of legal action against the carrier and ‘irreconcilable differences’ over key issues following the incorporation of IPG pilots’ association in a new agreement, writes Thelma Etim, deputy editor.
The action follows the failure of the latest discussions with the association, says the carrier.
CLA 2011 is due to expire at the end of November 2016. Until such time, all its provisions will remain fully in force, including the reciprocal commitment to maintaining industrial peace so that flight operations are at no risk of being disrupted through strike action by part of its cockpit crew corps. Swiss remains open for further constructive discussions, says a company statement.
Earlier this year Aeropers members rejected a proposed new trilateral CLA with the airline and IPG, so the carrier and IPG decided to enter into a separate agreement covering future aircraft deliveries.
Swiss resumed discussions with Aeropers from July onwards to find a means of integrating the pilots represented by the association into the new CLA.
“Unfortunately, differences between the negotiating parties on the key issues involved proved insurmountable here,” the statement adds.
"This is a deeply regrettable result – particularly given the billions which SWISS is currently investing in equipping itself with an advanced and efficient fleet of Bombardier CS100, B777s and A320neo aircraft. We must be able to operate these aircraft within forward-looking parameters if it is to achieve its objective of securing jobs for the longer term,” says a spokesperson.
“In view of the irreconcilable differences in standpoints and also of Aeropers’s repeated announcements that it would take legal action against Swiss, the company saw no option but to serve notice to terminate the present CLA with the association at the end of November 2016. SWISS remains willing to enter into further discussions with Aeropers – provided these are based on constructive and forward-looking proposals”.